In the early 90’s Sheffield Green Party led a campaign to prevent the building of Sheffield City airport. Our fight may have had more influence than we realise, as without opposition a bigger airport may have been planned. The airport was built, but never thrived and closed down in April 2008. 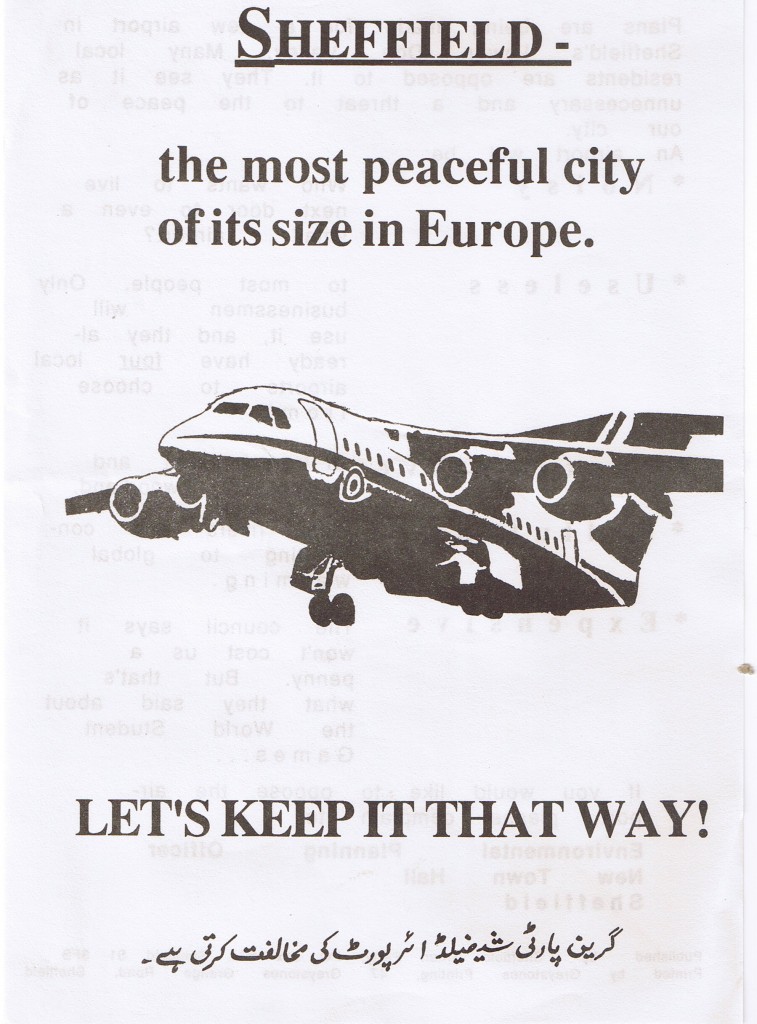 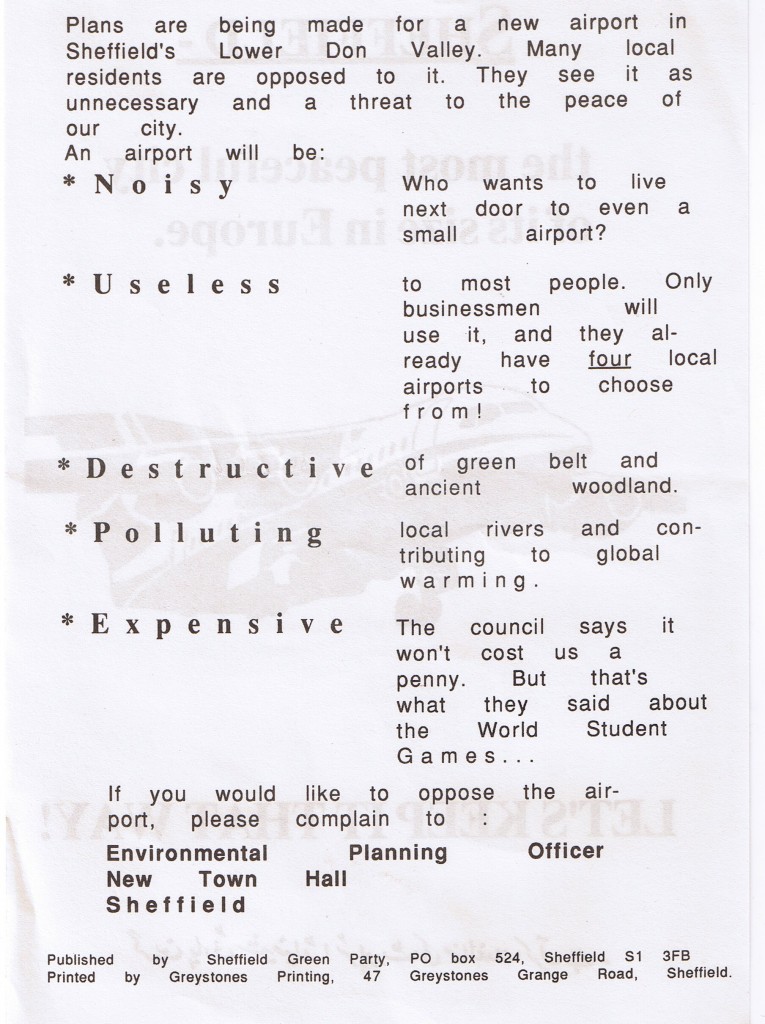