“The Greenpeace report cites Sheffield city council’s incinerator as the worst in Britain. The council has been the only one prosecuted, and then only once. In December 1999 it was fined £18,000 for “persistently” failing to ensure its incinerator complied with legal emission limits.

The council is selling the incinerator to the French multi-national company Onyx, which also owns the waste incinerator in Lewisham, south London, and has a joint ownership with Birmingham city council of the one at Tysley in Birmingham. Both operations have a considerably better record than Sheffield but Birmingham committed 15 offences over two years, and Lewisham, the best in Britain, nine.” 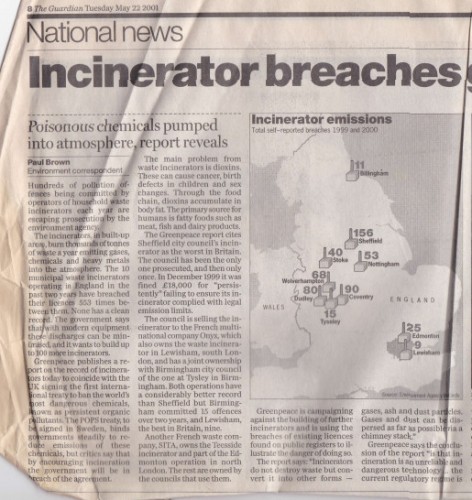 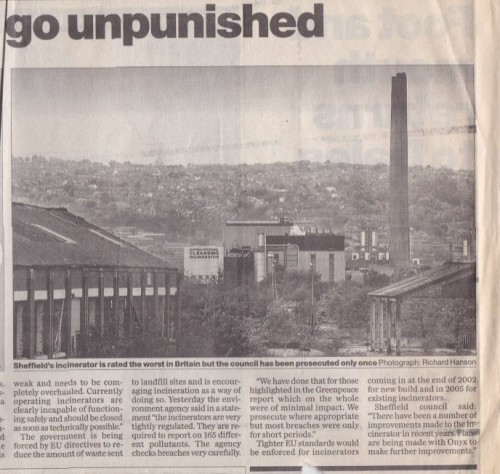