Sheffield Telegraph’s report on the vote that decided Sheffield’s waste management for 30 years. The awful decision was made on the casting vote of Councillor Tim Rippon. Dr Jillian Creasy, a GP working in the East End of Sheffield, said the incinerator would aggravate the extraordinary differences in the health of the wealthiest and poorest people in Sheffield. It is the cities poorest wards which will be affected by the emissions from the incinerator. It is a fact that pollution has a greater effect on the poor who have no sense of control over their health and their lives. 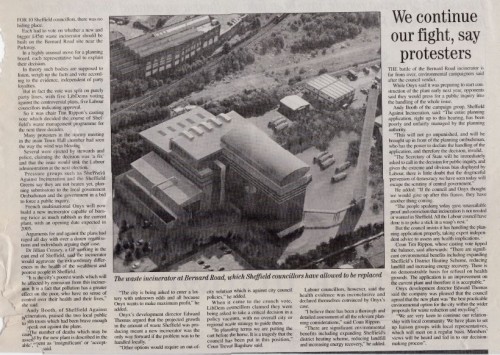