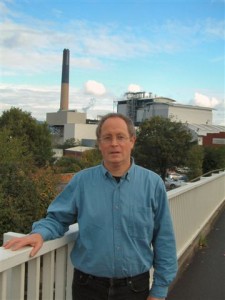 At the Full Council meeting this week, the Green Party have called on the Council to push Veolia, the private company who incinerate our waste, to spend more of their profits on the “3 Rs” – reduction, re-use, recycling.

Cllr Jillian Creasy said, “Veolia are asking for permission to import waste from outside Sheffield to feed the incinerator, while an equal amount of commercial waste is exported to a distant landfill site. It doesn’t make a lot of environmental sense, but it does make money for Veolia and for the Council, as other local authorities will pay to avoid landfill tax on domestic waste.

“The Waste Strategy for England 2007 says that reduction, re-use, recycling and composting are good, but that incineration with energy reclamation is not so good and landfill is worst of all. Unfortunately, the 35-year PFI contract with Veolia locks us into spending most of our money on incineration. We want Veolia to do more of the 3Rs for Sheffield’s waste and to help neighbouring Local Authorities avoid landfill.

“We believe Veolia will make a big profit from importing waste. If they get planning permission to do so, we must insist they spend the money on delivering more reduction, re-use and recycling of domestic waste in the city and not to switch commercial waste to landfill.

“We are also asking that the Chief Executive work with other South Yorkshire Local Authorities to discuss implementing the Regional Waste Strategy and that officers should look into other ways of transporting waste than road haulage, for instance by canal or rail.”