Greens jubilant at release of Kingsnorth 6 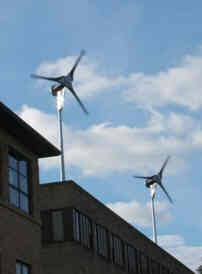 Sheffield Green Party is jubilant at the release of the six Greenpeace activists who scaled the existing Kingsnorth power station to protest about Government energy policy. Green Councillors made sure Sheffield City Council expressed its support for the Climate Camp at Kingsnorth during the summer.

This court decision may set a precedent that protests against developments which add to climate change, like coal fired power stations, airport expansions and trunk road building, are legitimate in future. Also, this legal decision implies Government actions supporting such developments are illegal.

Green Party Cllr Jillian Creasy commented: “Thanks to a Green Party motion in July, the City Council’s position is that the government should halt
plans to expand coal power. The Council sent a message of support to the
Climate Camp at Kingsnorth, so we are very pleased that protestors have been exonerated by the courts.

“Coal fired power stations are amongst the very worst sources of Carbon
Dioxide emissions in Europe. Since it is proposed a new Kingsnorth power station would be built regardless of the presence of Carbon Capture and Storage, then its construction is in direct conflict with the need to cut UK greenhouse gas emissions.

“The main UK energy need is efficiency. The cheapest option for households, businesses and the public sector is to use energy efficiency measures to cut energy wastage. A 20% cut could be achieved quite easily and a 50% cut in UK energy use is conceivable. This is far better for households than a new coal fired power station given that 5.4 million households are now in fuel poverty, with more than 10% of their income going on fuel bills.”