The Green Party has relaunched its own waste strategy ahead of the Lib Dem’s consultation on waste management. The Greens explain which are the most important items to take out of the incinerator in order to reduce
the city’s carbon footprint. 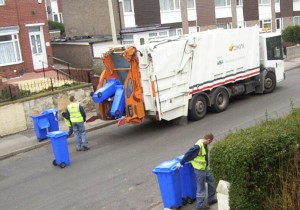 1. The biggest effort should go into reduction, re-use and repair
2. Recycling cans, textiles and plastics saves the most carbon
3. Unwanted clothes should be sent to charity shops or reprocessed
for rags or insulation
4. Glass is the least carbon saving waste stream, but is often chosen
due to recycling being measured by weight

Cllr Creasy said, “The last time the Lib Dems were in power, they tied
Sheffield into a long term contract with private company Veolia, who
spent £40m on a giant new incinerator. This is why extra money for
reduction, reuse, repair or recycling will have to come from cuts in
other council services”.

Cllr Creasy continued, “People need the facts about what recycling costs
in terms of money and carbon. For instance, metal is more valuable than
glass so a kerbside collection of bottles and cans would cost the
Council far more than cans alone, but not save much more carbon.
Similarly, collecting unwanted clothes for re-use or rags would cost
less money but save far more carbon than a kerbside collection of
garden waste.”

The Green Waste Strategy follows the “waste hierarchy”, which says that
reduction, re-use and repair are best, followed by recycling and
composting. Incineration with heat and power comes next and landfill
last of all. So projects to help people reduce and re-use, like
repairing equipment or taking unwanted goods to charity shops, are the
highest priority.

When it comes to recycling, glass and garden waste help hit government
targets because they are heavy, but they don’t save as much carbon as
plastics, textiles and cans.

1.The Green Party’’s Waste Strategy and FAQs can be found at
http://old.sheffieldgreenparty.org.uk/downloads/wastestrategy230307.pdf

2. The Lib Dems will approve their draft waste strategy for public
consultation at Cabinet on 12th Nov and follow it up with a
questionnaire to Sheffield residents.