Overclaiming expenses should be a criminal offence, as overclaiming benefits is. 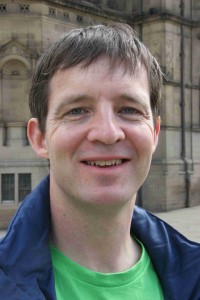 The requirement for Nick Clegg to repay £910 claimed for gardening costs reminds us that all the Westminster parties have been implicated in the expenses scandal. In fact, recently leaked documents obtained by the Daily Telegraph show that Lib Dem MPs were encouraged to exploit the system to the full. Their briefing “MPs allowance rules” advised MPs that they should “spend up to the limit” and “should be making full use” of the various allowances. So Nick Clegg’s suggestion that “Only the Liberal Democrats will clean up Westminster and reform expenses.” is not the answer. The Westminster parties and their MP’s had numerous opportunities to clean up the system before they were found out. They clearly chose not to.

In the Green Party submission to the Kelly Commission on Standards in Public Life we recommended that MPs should not be allowed to make up the rules that govern their own expenses and communication. We supported an independent commission to oversee the system and and regulate it. We also recommended that it should be a criminal offence to knowingly overclaim expenses just as it is a criminal offence to knowingly overclaim benefits.

Major challenges are facing all of us – the poor state of the economy and rising unemployment, wide variations in incomes, health and educational achievement, and accelerating climate change. But, despite those, Disillusionment with politics has been building up for years. One of the reasons is that We have an unfair electoral system that practically guarantees a minority government which more people voted against than voted for. The whole system is dominated by three very similar parties. So instead of the public engaging with politics there is widespread apathy, cynicism and anger. The expenses scandal has highlighted this. We need a complete overhaul of British democracy including public representatives who really tackle the major challenges ahead, a proportional representation elections system and a democratically elected House of Lords.