The Government is being plane stupid about climate change. 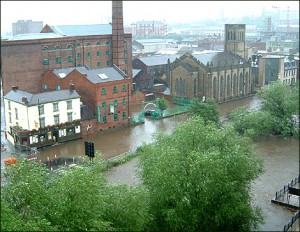 Responding to the Governments decision to go ahead with a third runaway at Heathrow Green Councillor Bernard Little said,

“I want Sheffield Council to clearly tell all local authorities in the region, Yorkshire Forward and the rest of the business community that the fossil fuelled fantasy of airline expansion flies in the face of economic and environmental sense. A resilient economy (not one that props up companies that are destroying people and planet) is what is needed if we are to really tackle the economic, social and environmental crisis that is upon us.”

“The government is being plane stupid about climate change. They have just adopted an 80% reduction by 2050 in CO2 emissions, but aviation is the fastest growing contributor to carbon emissions.

The Airline industry does not strengthen the UK economy. In 2007 the aviation industry left UK taxpayers £10.4 billion in the red as a result of tax exemptions. This figure is more than twice the amount needed to make sure every home in Britain is properly insulated, helping to combat climate change and fuel poverty both here and for the poorest people across the world.

N.B. The September New Economics Foundation/World Development Movement 2008 “Plane Truths” report says: People on low incomes, who make up 32 per cent of the UK population, account for less than 8 per cent of all passengers on low-cost flights from the UK. Up to 75p for every £1 spent goes straight into the pockets of multinational hotel chains and tour operators, not the local economy We should be encouraging local tourism.10th January 2009