No parking must be enforced at Bus Stops 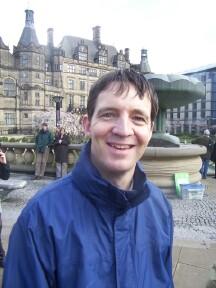 Geraldine O’Connor rightly points out that Green Party policy favours pedestrians and public transport users (“Why no interest in illegal parking?” 19th Nov). We do so in the context of national and local administrations which favour private car users, but Green City Councillors have proposed motions to bring the rail network back into public ownership, re-regulate the buses, fund buses on bank holidays over the festive season, introduce a “20s plenty” speed limit in residential areas and shift resources from road building and widening to public transport.

In Central ward, where we have three elected councillors, we have been able to work with constituents at the very local level to put our policies into practice. For instance, we have improved cycle ways, installed dropped kerbs, campaigned to retain the number 22 bus, supported residents parking schemes which reduce outsider parking, supported  enforcement of bus and tram gates, secured an accident saving scheme in the London Road/Abbeydale corridor and got funding for an extra pedestrian crossing.

When Ms O’Connor originally asked the Green Party for help with a bus stop in Ecclesall ward, Cllr Bernard Little raised the issue with the South Yorkshire Public Transport Authority and the Highways Dept. He consulted her local ward councillor, Lib Dem Sylvia Dunkley, who was also a member of the SYPTA at the time and who has continued to try to solve the problem. Despite her best efforts this has not been possible because, although there are road markings indicating that cars should not park in the bus stop, the
police and parking services do not put resources into enforcement.

Bus stops should be properly marked up and “no parking” enforced. It is vital that disabled people can get from the pavement to the bus and it helps car drivers if buses can draw into the bus stop rather than hold up traffic. It is in everyone’s interest to sort out this problem. At a recent “Sheffield on the Move” conference there was strong support for action.
Perhaps this correspondence will help push the current administration to shift resources into more sustainable, accessible transport policies.