Listen to the people on Abbeydale Grange School 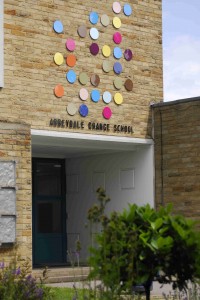 The Green Party has called on the Lib Dems on Sheffield City council to keep its election promise to “listen to the community” and keep Abbeydale Grange School open.

A recent OFSTED report showed that there was a significant improvement in the 2009 summer GCSE exam results, with a further improvement predicted for 2010. In an amendment to a motion in Full Council this week, the Greens say that it should be given resources from the £14m Building Schools for the Future and support from Council officers to continue to do so.

Coun Jillian Creasy said, “No representative of the community has come
out in favour of closure. Instead, the Council has had petitions containing over 1,000 signatures, many other contacts to Councillors and Cabinet members and a rally of hundreds of people on the Town Hall steps all protesting against any proposal to close Abbeydale Grange School.

The Green Party says that the Council’s preferred option of a “hard
federation” has failed and have given its support to the School
Governors proposal to affiliate to the Co-operative Trust. The Greens
say that this, along with measures already taken since the last OFSTED
inspection, could transform the school.

The Greens also point out that the number of secondary aged pupils
living in the south west catchment area is set to rise year on year from
2014. If AGS closes, there will be significant pressure on places at other schools

Cllr Creasy said “There is no legal reason why Abbeydale Grange has to
close. All that is lacking is the political will from the Administration to work with the Governors and the teachers to continue the improvements already being made and allow it to realise its full potential. The Lib Dems fought hard to save Wisewood but are ignoring
the wishes of local people over Abbeydale Grange.”