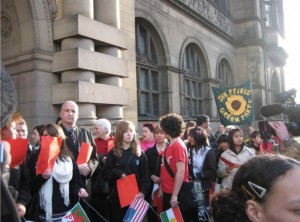 In 2007 the Labour administration announces proposals to close Wisewood school. The Lib Dems and the Green Party vigorously support the local community campaign to keep a small but good local school open. The decision to close is confirmed in 2008 after a sham consultation.

In 2009 the Lib Dem administration announces a consulation on the future of Abbeydale Grange School. The Green Party vigorously support the local
community to keep a small but good local school open with late support from Labour. The decision to close is confirmed by the Lib Dem cabinet on
December 9th after another sham consultation.

Different schools in different circumstances but a depressing similarity
about the two consulation processes. Sheffield Green Party has no regrets
about the work we have put into supporting two strong campaigns. However, we have sympathy for children, parents, teachers and employees at the schools. They wrongly thought that if they put a strong case together it would actually be listened to. December 9th was another very bad day for local democracy and consultation in Sheffield. 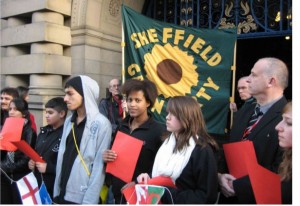