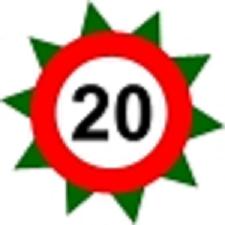 “Prospective council candidate,Rob Unwin, who is a father of 2 and a long-time champion of safer streets, took a petition calling for 20mph speed limits on residential roads to the  central Community Assembly last week. The request has been referred to the Highways Committee.

Rob said, “We are pleased this important issue is to be considered by the
Highways Committee. Progress seems painfully slow. Meanwhile over 200
people are killed or seriously injured on our roads each year. A 20mph speed
limit on residential roads (excluding major routes) would save lives yet have
little effect on journey times. And if it was done city wide, there would be no
need for humps and bumps and all the signs required for a local child safety
scheme.”