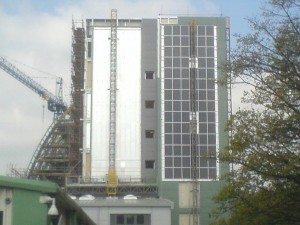 Sheffield Green Party has attacked Labour’s motion on the economy, which will be put to the Full Council meeting on 3rd February. The Greens say the economic downturn was partly caused by the market-oriented economic policies of the Labour Party and the two other main parties during the past 30 years. They also say that the motion shows that Labour’s economic policies have barely changed since the credit crunch, meaning there will almost certainly be further crises.

Green group leader Councillor Jillian Creasy said, “The Labour Party’s motion wrongly diagnoses the causes of the crisis and suggests the wrong cure. The economic policies proposed by Labour and the other two large
political parties, which include deep public spending cuts, will harm the economy in future.

“We urgently need fundamental changes. We want to see a major investment package to create jobs we really need for the future, such as clean energy, manufacturing, construction and engineering as well as  caring and teaching. This will put Sheffield on the road to a fairer and more sustainable economy”.

Coun Creasy added “The government’s own National Equality Panel has found that the top 10% of the population own a hundred times the wealth of the bottom 10%.  Thirteen  years of Labour government has failed to reverse the growth in inequalities from when the Tories were in power.  Labour has not proposed measures to pay people a living wage in socially and environmentally useful jobs that would both stimulate the economy and reduce the gap between rich and poor”.

1. Delete clause (a) and substitute

(i) acknowledges that the recent recession was a result of a global financial and economic crisis fuelled by unregulated market policies supported by all the large UK political parties during the past 30 years;

(i) welcomes the news that Britain is now out of recession but notes that many experts recognise that our economy is extremely fragile and fundamental changes towards a resilient financial and economic system are urgently needed.

(ii) notes that, while unemployment fell nationally by around 7,000 people during the quarter Sep-Nov 2009, overall employment also fell, with the fall in full-time employment greater than the rise in part-time employment;

(iii) notes that there are now one million employees and self-employed people who are working part-time because they couldn’t find a full-time job, which is the highest figure ever recorded and is still rising;

(i) agrees that the three large political parties’ policies to address the national economic position, partly via significant public spending cuts, will harm the economy;

(ii) notes the findings of the government’s own National Equality Panel, that the top 10% of the population own a hundred times the wealth of the bottom 10%, and that 13 years of Labour government has failed to reverse the inequalities which opened during the preceding Conservative administration;

(iii) agrees that people being paid a living wage in socially and environmentally useful jobs will both stimulate the economy and reduce the gap between rich and poor;

(iv) therefore supports the policy of an investment package to create jobs in areas genuinely needed for the future, such as clean energy and insulation, public transport, manufacturing, construction and engineering as well as caring and teaching, thereby stimulating the economy;

(v) resolves to proactively do all it can to help put Sheffield on the road to an economy which is fairer and more sustainable. Reletter all clauses accordingly

12.      Notice Of Motion Given By Councillor Ray Satur

(a)      acknowledges that this recent recession, unlike previous recessions, was a  result of a global financial and economic crisis and has impacted the entire world;

(b)      notes that this recent recession has also impacted Sheffield, although affecting some residents more than others;

(d)      further welcomes the national fall in unemployment announced last week, of around 7,000 people, which is mainly due to tougher rules for claiming benefits and an improved JobcentrePlus;

(e)      is relieved that local unemployment figures are levelling off, with numbers seeking benefits in Sheffield rising by just 65 people between November and December, a small figure compared to the gloomy and over-hyped predictions of mass unemployment by the Government Opposition Party;

(f)        recognises that this Government’s action has resulted in people leaving unemployment far quicker than in previous recessions and in fact 70% of claimants have come off benefits within six months, compared with 63% in the downturn of the early 1990s and 60% in the recession of the early 1980s;

(g)      further recognises that the actions of the Government to support people through the recession have been successful, including, the VAT cut, car scrappage scheme, Future Jobs Fund, Working Neighbourhood Fund, investment to improve the Jobcentre Plus, January Guarantee for the young unemployed and September Guarantee for school leavers;

(h)        further acknowledges that in past recessions people have lost their homes but, thanks to Government initiatives, during this recession homeowners have been supported through projects such as the Mortgage Interest Scheme, the Mortgage Rescue Scheme, the Court Desk Scheme and the Mortgage Arrears Pre-Action Protocol;

(i)        further acknowledges that this ‘Real Help Now’ approach to dealing with the recession, deployed by this Government, is far more effective than the ‘do nothing’ approach advocated by the Government Opposition Party, which would have severely compounded the effects of the recession;

(j)        believes that this ‘do-nothing’ approach is similar to the previous Government, who considered unemployment ‘a price worth paying’ and which peaked at a much higher level than this recession;

(k)        is extremely concerned by the current attitude demonstrated by the Government Opposition Party, who seem to revel at the prospect of future cuts to public spending with an age of ‘austerity’ and the impact this will have on Sheffield;

(l)        believes Sheffield people will remember the last impact a Conservative Government had upon this City; and

(m)      resolves to pro-actively doing all it can to help place Sheffield back on the road to economic recovery.