Can we trust the Lib Dems to deliver? 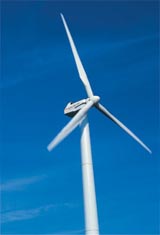 Nick Clegg has pledged that a Lib Dem government would build more wind turbines. UK business leaders, including Sir Richard Branson, say that the UK economy is too dependent on oil and needs to adapt to a future of high energy costs.

Mr Clegg’s proposals are a recognition of these facts but can we trust the Lib Dems to deliver? The Lib Dem’s local record on renewable energy projects is poor. When they took control of the Sheffield council in 2008 they immediately cancelled a study into wind power in the city. They have also objected to wind farms in neighbouring authorities and have failed to come up with a plan to increase local energy production.

The Green Party has taken the lead in recognising the dangers posed by raising oil prices and bringing forward practical solutions. Our Green New Deal proposals to create 1 million jobs in the recession have been on the table since July 2008. We are still pushing nationally and locally for those in power to implement them.