Nuclear and Carbon Capture are the wrong solutions 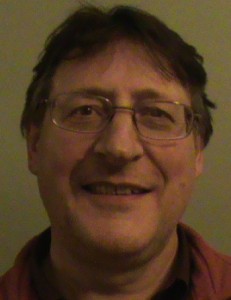 We in the Green Party have proposed and continue to promote the creation of many jobs in the low-carbon economy that Lord Mandelson has so trumpeted in our region.But we define that phrase – “low carbon” – quite differently. Carbon capture and storage is as yet unproven on any large scale; and even on the small scale tests that have been done, the carbon captured represents no more than about two thirds of the amount produced. The storage is also problematic, as it will end up under water, in conditions which are also not proven to be safe; we can’t be certain that the CO2 stored won’t be released into the sea at some stage in the future, providing problems for future generations to deal with. This is not low-carbon.

Nuclear also poses more problems than solutions, and many of these – not least the question of what we will do with the highly radioactive waste – will also be for our children and grandchildren to solve. But the biggest problem is the £40 billion investment proposed. No new nuclear power station can possibly come on line before 2020; in the meantime, there will be less spent on renewables than is necessary, and we will depend heavily on imported power for the five years from 2015 – when our coal-fired power stations must come off-line to meet EU carbon requirements – to 2020, when our new nuclear stations start working. Hardly low carbon.

That £40 billion, if spent on renewables and reducing demand by insulating our building stock, would bring new power on line much more quickly, and would bring down our dependence on imports of electricity. It would also create a large number of jobs over a long period of time. This is the sort of investment the Green Party recommends.Lord Mandelson’s prestige projects are made to catch the eye, but demonstrate a lack of forward planning. The Green Party’s proposals address all of the problems, and represent the real low-carbon option.