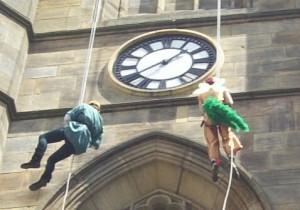 June 26th is the date for the 25th Sheffield Green Fair. We are trying to collect together photos and memories of former fairs. Do you remember the good old days at Tintagel House? Do you have any photos of previous fairs you could share? If so please send them to website@sheffieldgreenparty.org.uk. Perhaps you have a story to tell about something that happened at a Green Fair- please add your stories below.

Here are a few moments from recent fairs. 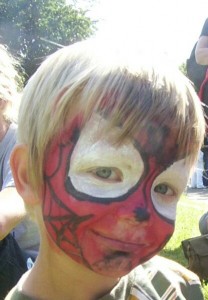 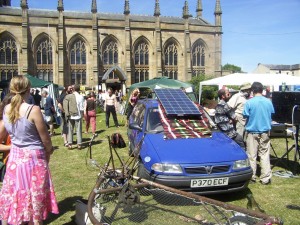 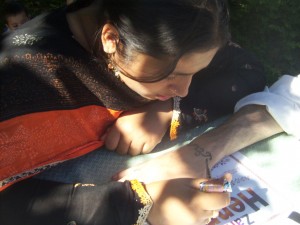 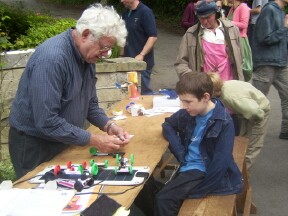 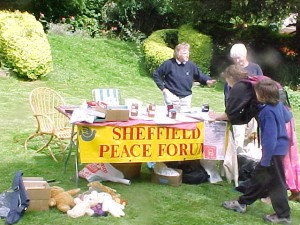 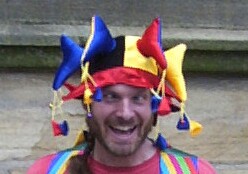 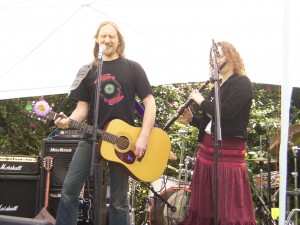 There are 2 Responses to Green Fair Memories

Green Fair memories.
Yeah..I am sure there must be many of them around.
Good old days at Tintagel House? Seemed to be a lot of hard work and stress for the Green volunteers who ran it then…but happily the sun shone…and people turned out.
I remember Chris Treebeard with Haze, as it was then…on the tiny stage outside the lower theatre on the grass and the photo of Sheffield Peace Forum with Dear Pat Milton, (now retired from active campaigning due to ill health)on the stall.
I was a Peace Forum member myself back then too…along with Dear Jessie Baston from the Quakers, who lived just up the road from Tintagel House until her sad loss in October 2008.

Caroline Wilson and Richard Pashley are other names I remember too, from Tintagel House/Merlin Theatre days.
Richard, a green party member, was always fun to work with on stalls and I remember one year we ran a “tombola type” stall with wines and spirits! for Green Party fundraising outside the Tintagel House!!

It is certainly not something that I would do, at all, nowadays, but we enjoyed being a part of it back then at Nether Edge.

I was involved for two or three years helping to co-ordinate and run stall bookings at Green Fair, Nether Edge..it was interesting and I had a lot of support then from good old Andy D’Agorne,now in York of course.
I remember people like Paul Boizot, the vegan society and friends of the earth being regulars, others too, like Brahma Kumaris. All are still around and active, thankfully.

Of course, several of the Sheffield Greens then, at Merlin Theatre, Tintagel House had been around for CENTURIES..people like Bernard, Anne, Nigel, Chris Siss, Judith! and dear old, sadly missed Merv Smith.

I think Barry New,”Saskwatch” took over stalls when I got fed up or I was doing other things with SCAAT and CND perhaps.

Where are you now then Barry, eh?

Apparently, the Sheffield Greens derived some of their current membership and active participants from the Green Fair annually.
I particularly remember Jillian Creasy, plain old Jillian Creasy as she was then, saying that she was partly inspired to activity because of the Green Fair one year!! Well…there you go.

You never know what you MIGHT achieve or who you might attract at the Sheffield Green Fair!

I still have some of the Tintagel house photos somewhere..I think Graham Wroe has some on the archives.

There is one particular one of me in the Green Fair, Graham Wroe archive, with Green CND Butterfly face, in the cafe at Tintagel House!!

And anyway, you lot can laugh…what about “Saint and Creasy” absailing as Robin Hood or whatever..two years ago..I ask you..a fox with a green bushy tail!! Whatever next.?

I wonder if anyone actually reads the Sheffield Green Party website apart from me…but I think this memory thing is a GOOD idea.

I have loads more Green Fair memories…also, it would be good, I think, to liaise more with people who ALSO go to – or come from, Nottingham Green Fair, York and Hull Green Fairs, EACH year too.

Linking up to support each other’s events, MIGHT be an idea worth considering. Well…it’s worth a go, I suppose.

Thanks for the memories.

Thanks Steve. Lots of names to bring back memories there!
Our Sarah was a babe in arms at the first Green Fair and she’s just celebrated her 25th birthday! Carol and I took our tent to Tintagel House to create a “Baby Care Zone”.

I remember the massive model incinerator that we paraded around Sheffield on my car roof and took to the Green Fair for the RABID stall.

Surprised Steve didn’t mention Jenny Hales who was ever present during the early days of the fair. She was involved in so many organisations she ended up helping on several stalls!

Will try and find the picture of Steve with his face painted and add to the gallery above!