The Green Party is questioning the increase in recycling rates being
trumpeted by the Lib Dems. 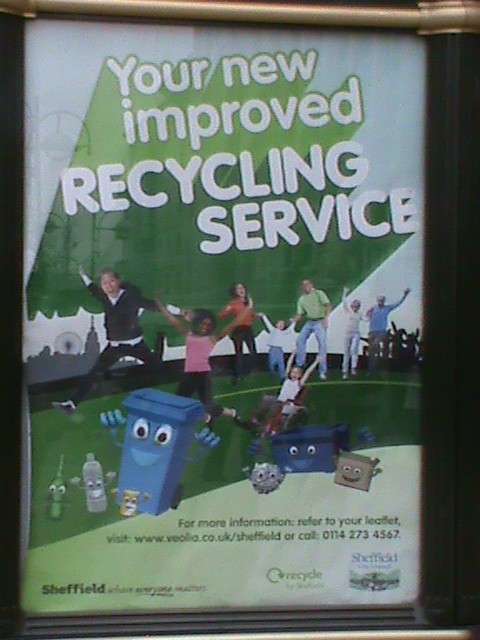 Cllr Creasy said, “We welcome better waste management in the city, but
council officers have not so far been able to supply us with figures to back up
the Lib Dem claims of a massive increase in recycling. In areas with the new
kerbside recycling service, the black bins are weighing in lighter and this is
probably due to people putting their glass in the blue bin instead. But at the
same time, the amount of glass being collected from bring sites in those areas
has dropped by about 70%, so we simply don’t yet know the overall figures.”

She went on to comment, “The new service is costing Sheffield council tax payers an extra £3 million a year, which is an awful lot when the Lib Dems have just made £6.5 million of cuts to essential services like youth work. The problem is that in 2001, when the Lib Dems were last in power, they signed a 30 year contract with multi-national Veolia to incinerate most of our waste. Because they locked us into this contract, it has made introducing a modern recycling service very difficult and expensive. It is also threatens the existing small, locally-owned recycling businesses.”

For more info, please contact me via
email Jillian.Creasy@Sheffield.gov.uk
or phone 07791 614 904