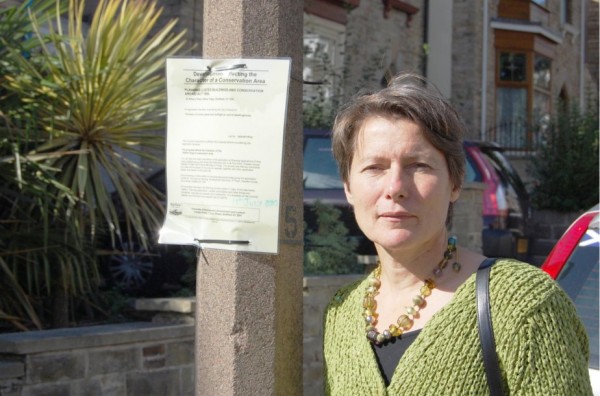 An application for solar panels on the roof of a house in Nether Edge was turned down by the Planning Committee on Monday 13th September.  The decision was made on the basis that the panels would affect the appearance of the street, which is in the Nether Edge conservation area. It was a close decision with councillors voting 5 to 3 to support the officer’s recommendation to refuse the panels. And one of the Councillors who voted for refusal, Cllr Tony Damms, admitted that the council should be encouraging people to use renewable electricity and asked for a report about how to apply the policy in conservation areas.

Green Party Cllr Jillian Creasy, who attended the Planning Committee and spoke in favour of the application, said, “In my judgement, the environmental benefits of installing renewable energy should carry more weight. In the same conservation area, people are allowed to install UPVC windows and to pave their front gardens which seems more intrusive to me and would be harder to reverse in the future.”

ued, “We  did a survey of nearby streets and found that 80% of people would be happy to see solar panels in their conservation area. It seems that the Council is out of  step with public opinion.”

Came to City Centre and South and East Planning Committee on 13th September – report here-see page 109 of the Planning Applications document 7b.

There is One Response to Planning Committee refuse solar panels

I live in the Norfolk Park Conservation Area and have installed solar panels on my roof. The Council informed me that planning permission was not required because they were at the rear of the property. Admittedly very few people can see them, but I certainly don’t think they look ugly. Whenever I see a solar panel it lifts my spirits as I know the owners of the property are doing what they can to fight climate change. Come on Sheffield Council, move into the twenty first century!