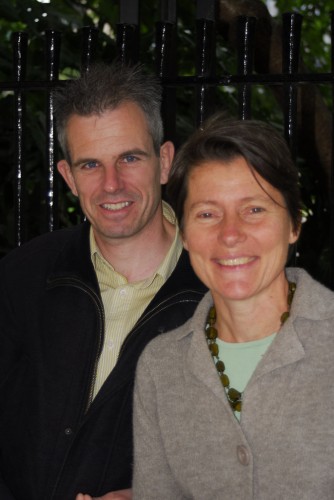 Sheffield Green Party has welcomed the decision of the Central Community Assembly (on 23rd September) to investigate introducing a 20mph speed limit in Wynn Gardens and Hanover Estate. The Greens support the “Twenty’s Plenty” campaign to bring in the speed limit to all residential areas of Sheffield and they put a successful motion to Full Council back in November 2009 (1). Currently around 300 pedestrians are injured or killed on Sheffield’s roads each year which could be reduced with lower speed limits.

Cllr Jillian Creasy said, “We welcome these small schemes in the Central Community Assembly area as a first step towards a city-wide 20mph limit on residential roads. The Greens called for a city-wide

Twenty’s Plenty scheme in a motion to Council in November 2009. The Lib Dems amalgamated funding for Child Safety Zones into the Community Assembly transport budgets, thereby passing responsibility for 20mph zones and speed limits to the Assemblies (2). We hope that Central Community Assembly will lead the way by opting into the scheme.

“However, these schemes work best if they are city-wide, like in Portsmouth, where they have already reduced speeds on roads in just the first year of operation. Citizens get used to driving slower in residential areas, and there is no need for speed bumps or narrower zones.

“The scheme is supported by the RAC and AA, and nearly three-quarters of drivers asked in a national survey. Where the scheme has been in place, petrol consumption has dropped, with just a minute added to a 15 minute journey, and in some places accident rates have been cut by up to two thirds.

“In addition, a recent report by the Better Transport Campaign shows that Sheffield is one of the most car-dependent cities in England, making walking and cycling more difficult. Signing up to a Twenty’s Plenty would help bring Sheffield up the league.”

(a) notes the “Twenty’s Plenty for Sheffield” campaign that proposes a city-wide 20mph speed limit in residential urban areas, such as has been introduced in Hull and Portsmouth;

(b) recognises the importance of reduced speed in reducing the risk for pedestrians and other road users, with around 300 pedestrians injured on Sheffield’s roads every year;

(c) notes research from UK and abroad that has shown city-wide urban speed limits around 20mph have:

(i) significantly reduced speeds in just the first year of operation;

(ii) after several years in operation, reduced urban accident rates by up to two-thirds, with numbers killed and seriously injured reduced by even more;

(iii) encouraged walking and cycling, especially for the elderly and younger children;

(iv) benefited communities, with residents a quarter more likely to stop and talk on footpaths;

(v) increased the journey time of a 15 minute journey by just 1 minute;

(vi) reduced vehicle emissions by 12% due to less acceleration and deceleration; and

(vii) been supported by 72% of drivers surveyed as part of the British Social Attitudes Survey;

(d) welcomes the Government consultation “A Safer Way: Consultation on Making Britain’s Roads the Safest in the World” that will inform road safety strategy beyond 2010 and hopes that it will propose 20mph speed limits in urban residential areas countrywide;

(e) believes that the expense of intensive traffic calming measures required in 20mph zones is delaying the implementation of 20mph speed limits that are a priority in over 100 sites across the City;

(f) believes that the implementation of a city-wide limit of 20mph on residential roads, combined with a public information campaign and innovative inexpensive traffic calming, would have an immediate beneficial impact on accidents and fatalities in the City; and

(g) therefore directs officers to report to the Cabinet on the feasibility of implementing a city-wide 20mph limit on all residential roads, excluding major routes as appropriate.