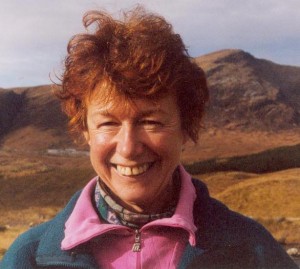 Losehill Hall Study Centre is in the heart of the Peak District National Park, near to Castleton.  The former Peak Park Planning Board bought it in 1970 from the Co-operative Society, who bought it from private owners in 1952 to develop as a holiday and educational centre. Through the hard work and dedication of its staff, and with the committed support of the Peak Park Authority, Losehill Hall has grown in to an internationally recognised centre for education and training in Countryside and Environmental Management. As well as the exceptional learning experience, it provides a comfortable working environment with purpose built training rooms, 41 en-suite bedrooms, excellent locally produced food, a relaxing lounge and bar, all set in 27 acres of gardens and parkland. Last year, some 27,500 people from junior school children to senior professionals, enjoyed the use of Losehill Hall.

Like so much of our publicly owned heritage, Losehill Hall is under threat from the ConDem Government. The National Park Authority, facing a 20 to 30% cut in its budget – between £1 and £1.9 million – are proposing to close the Hall next March and sell it in order to save its £300,000 running costs. In other words, Losehill Hall faces a 100% cut.

Meeting on the 24th September, the Park Authority met to decide Losehill Hall’s fate. Members of staff, past and present, together with many who had experienced the Hall’s unique educational experience, mounted a stern defence, arguing the case to keep it open. Their eloquence and commitment persuaded the Authority to delay the final decision, and they opened a period of public consultation [see below].

Friends of Losehill stated their belief that an alternative funding package should be secured to enable the Hall to continue as a viable environmental study centre. If it is sold to the private sector, it is highly unlikely that its present educational use will continue. It would be lost as a local resource for ever.

Closing the Hall will represent a blow to the local economy. It has been estimated by Derby University that Losehill Hall is worth £2million to the local economy. Local traders will be out of pocket as their supply contracts are cancelled. The spending power of the many visitors that it attracts is unlikely to be replaced, and jobs will be lost. The Hall offers the equivalent of 28 full time jobs, employing 41 individuals including learning and hospitality staff. In addition, there are 45 casual workers involved in all aspects of the Hall’s life. All these peoples’ incomes and welfare would be damaged by the closure and their spending in the local economy lost..

To a Cabinet of millionaires, that may seem small change, but to rural Derbyshire, it is a lot of money.

Timetable The further consultation process is open for 6 weeks until Wednesday 10th November. There will be a drop-in consultation event for the public at the Hall on Thursday 14th October. A report will be published on 26th November.  Interested parties can register to speak for three minutes no later than noon 1st December. A decision on the Hall’s future might well be made at the next Authority meeting on December 3.

Please contribute to demonstrate the depth of feeling within the County. Use this link www.peakdistrict.gov.uk/losehillconsultation to make your contribution at any one or more of the above stages