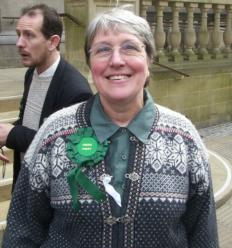 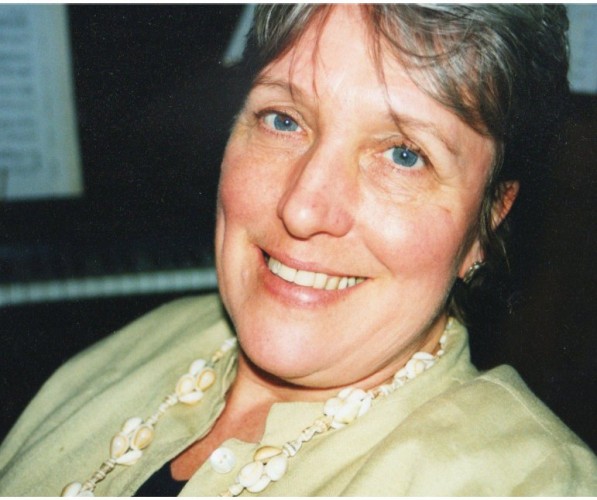 Sheffield Green Party are very sad to announce the  death of Gill Booth. She was in her mid sixties and still working for National Statistics when she passed away suddenly in mid November. A respected member of the Broomhill community, Gill got 1132 votes in the Broomhill ward in 2004, coming close to being elected.

I got to know Gill in 2002 when I first became active in the local party. We had decided to adopt the “target to win” strategy and she offered to stand in Broomhill where she was already well known as a community activist. We held our election meetings at her house, sitting round her big dining table with lots of tea and cake. In the end, her circumstances changed and we switched to targetting Central ward, but her enthusiasm and support at that early stage were vital to everything that followed (life changing for me!).
She was a woman of many parts. One of the more surprising encounters was being taught Spanish dance by her. She was always brimming with sympathetic humour and quirky stories about the people she met through her work, carrying out surveys for the civil service. She recently attended Danny Dorling’s talk about the geography of religiousity to the Sheffield Humanist Society and regailed the company with an anecdote which pulled away any rug of prejudice in a fit of giggles.
I didn’t see her often, but was always better for having done so and will miss her greatly. 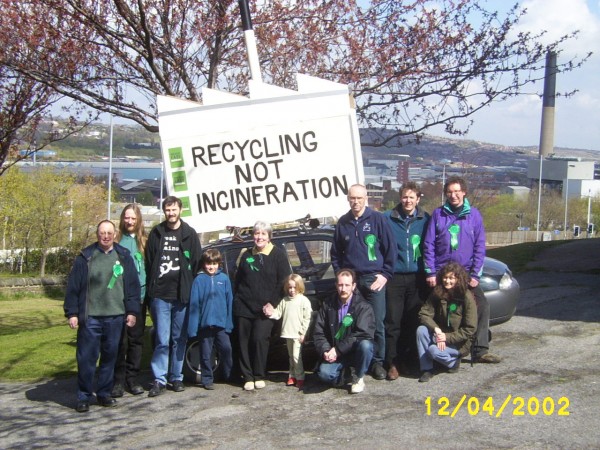 Graham Wroe said
Gill was a great campaigner. I remember her help in the year of the incinerator campaign, when the Greens first had a dramatic influence on Sheffield politics. Here she is with some of the other candidates in 2002, outside the old polluting incinerator we helped to shut down.
And here she is protesting outside loansharks Brighthouse in 2003. 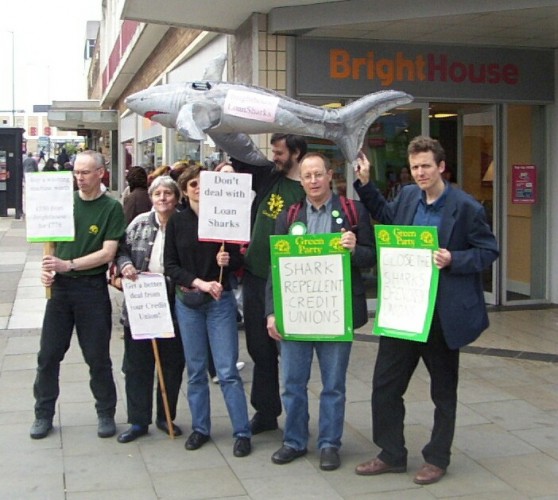 Gill was very much a people person. She always had time to listen to your problems and encourage you in what you were doing. We will miss her terribly.
The funeral will be on Monday 6th December
1.15 Grenoside Chapel North, Skew Hill Lane, S35 8RZ
2.30 Burial at Wisewood Cemetery,