Students and young people can join the Green Party for free! 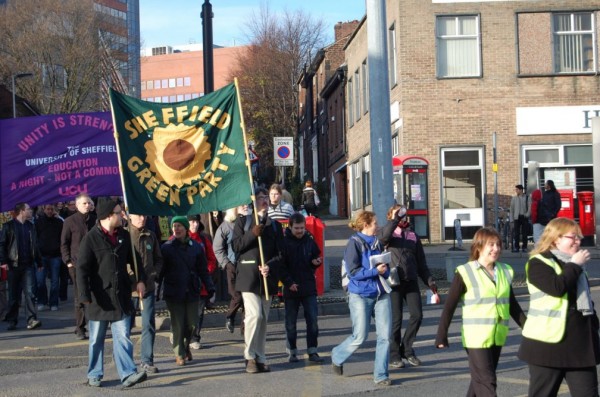 In an unprecedented move, the Green Party today offered free membership to people under 30 or in full-time education.

Any student or young person who applies to join the Green Party before 1 January 2011 will pay no subscription for the coming year.

“I want students and young people to know there is a political party that still cares about their future, and that will keep fighting for a fairer future and will not give up on doing the right thing.

“We have to keep fighting, because we can’t leave the future of our country and our planet to people who want to run things primarily in the interests of big business and the wealthiest people.

“Politics is important and it’s time to reclaim it. I want to extend the warmest possible welcome to all new members, but not least to students and young people who are having such a difficult time at the hands of the other political parties.”

Greens want “a society which values mobility and inclusiveness”

Caroline, who was elected as Britain’s first Green MP in this year’s general election – and who has stood strongly by the Green Party’s policy of universal free education – said last night after the tuition fees vote:

“This is a dark day for the future of higher education in this country. The huge hikes in tuition fees, together with the scrapping of Educational Maintenance Allowance and proposed cuts in college funding, amount to nothing less than a Government assault on our young people – and an attack on the principles of universal education. Many people may be priced out of going to university as a result of today’s vote – and those who do go are likely to be saddled with massive debt. This is unacceptable for a society which values social mobility and inclusiveness.”