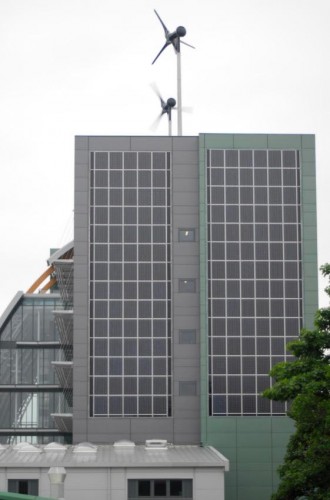 A Green Party motion to the Sheffield Council meeting on January 5th challenges Lib Dem councillors in Sheffield to call on the coalition government not to build new nuclear power stations. The Lib Dem election manifesto clearly stated that nuclear power is not the answer to the looming energy gap.

“Ofgem have outlined an energy gap from 2015 while any new nuclear power stations won’t come on line before 2019. The energy gap needs to be filled by investment in energy saving and renewable energy which can be installed before 2015 if we act now. Nuclear power stations are dangerous and eye-wateringly expensive. The nuclear power industry continues to be viable only through constant government subsidies. Renewable energy and energy saving would be quicker, cheaper and more sustainable in the long term. The Lib Dems agreed with this in the run up to the General Election. We are asking them to make sure that MPs don’t renege on that commitment.” ENDS

The motion to Sheffield City Council on January 5th reads :

(a) notes that Ofgem has warned that the UK is likely to face an energy gap as early as 2015 but that if nuclear power stations are built they will not come into operation until 2019 at the earliest;

(b) agrees with the national Liberal Democrat Party’s manifesto for the 2010 General Election which stated that they would “reject a new generation of nuclear power; based on the evidence nuclear power is a far more expensive way of reducing carbon emissions than promoting energy conservation and renewable energy”; and

(c) directs that a copy of this motion be sent to all Sheffield MPs and to Chris Huhne, the Secretary of State for Energy.