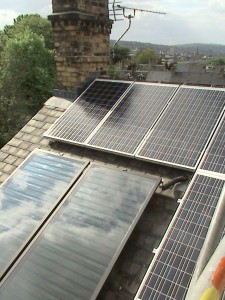 Sheffield Green Party has slammed the City Council for its failure to reach its own renewable energy generation target for 2010.

The Greens say Sheffield lags way behind other local councils such as Barnsley, which has worked hard on a number of projects to protect their area from the effects of rising fuel prices.

She added “We have regularly put forward proposals to improve the situation, based on other successful projects around the country. But the Council hasn’t taken these up.”