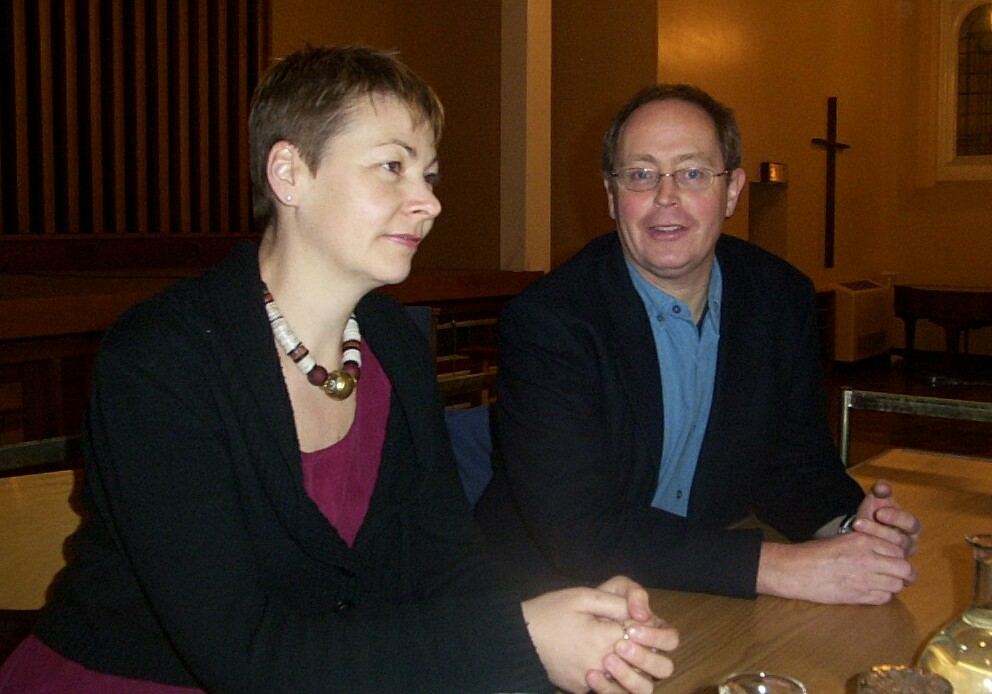 The leader of the Green Party of England and Wales and the UK’s first Green MP will visit Sheffield on 22 February as part of a three day national tour ahead of the local elections in May – and just a few days before she addresses the party’s Spring Conference in Cardiff.

She will  meet with students at the Hallam University Student Union to discuss concerns over the Coalition Government’s savage cuts to education funding.

Caroline Lucas, MP for Brighton Pavilion, commented: “I look forward to starting my tour in Sheffield on Tuesday (22nd)
I welcome the opportunity to meet with Sheffield students, many of whom have been at the forefront of protests against tuition fee rises and the abolition of the Educational Maintenance Allowance. Students and staff at Sheffield Hallam University will be hit hard if the reckless coalition proposals go through. Greens have consistently opposed tuition fees and cuts in education funding – and will continue to stand firm on our principles.”

Cllr Jillian Creasy said: “We’re very pleased to be hosting Caroline Lucas MP in Sheffield next week. The Green group has brought different thinking to the council over the past seven years, working hard to achieve a good deal for local people – including the “Living Wage” for council workers, which is due to be brought in, and efforts to achieve a citywide “20’s Plenty” scheme on residential roads.

“There are already strong Green council groups in many towns and cities across Yorkshire, and we will be doing all we can to elect more councillors in May.” ENDS

PHOTO OPPORTUNITY : Caroline Lucas has a photocall at 2.15pm outside the Hallam University Owen Building to announce the conference. Also present for the photocall will be Hallam University Director of Public Affairs, John Palmer, Becky Stanyard from Conference 21 and Cllr Jillian Creasy, Leader of the Sheffield City Council Green group. Please note that the window for this photocall is only from 2.15 to 2.25 pm due to Caroline’s commitments.

1. The itinerary for Caroline Lucas’ visit is:

2. Caroline Lucas was elected in May 2010 as the MP for Brighton Pavilion. For more information about her work, please visit www.carolinelucas.com

3. Caroline Lucas was voted Observer Ethical Politician of the Year in 2007, 2008 and 2010. In April 2010 she won Best UK Politician in The Independent Green Awards and she was awarded “Newcomer of the Year” in The Spectator Parliamentarian of the Year awards in November 2010.