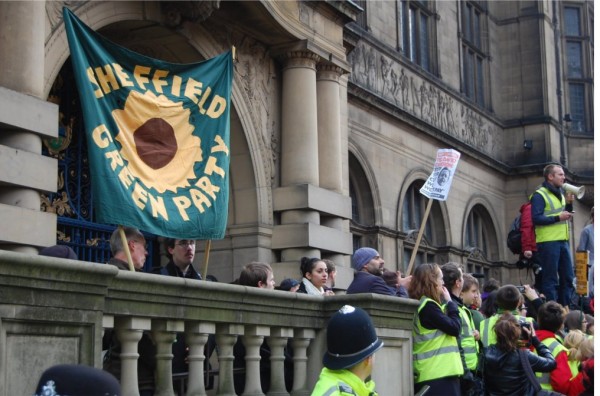 The Green Party Councillors have revealed that they will be putting a budget amendment which protects the most vulnerable from the worst of the cuts. They will prioritise Surestart, Police Community Support Officers (PCSOs) and daycare centres for the elderly in their budget amendment.

Green Group leader, Cllr Creasy said, “The cuts imposed on Sheffield City Council by the Coalition Government are unnecessary and unfair. If the government had closed tax loopholes, increased tax on the wealthy and bankers’ bonuses, there would be no need for any cuts to public services. As local councillors, we can see ways to make this budget more fair and democratic and to protect the vulnerable.”

“Our amendment will seeks to protect children, the elderly and victims of crime from the worst effects of the Coalition Government’s “slash and burn” approach to local government.”

“We invite the other parties to support to our proposals and are happy to talk to them to ensure these important services are protected on budget day.”