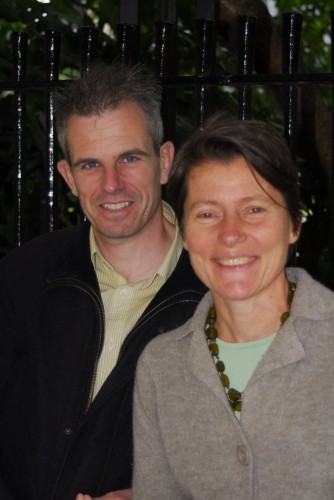 Green Councillors Rob Murphy and Jillian Creasy have put amendments to two motions at the June 1st full council meeting, highlighting the past failings of Labour and the Lib Dems.

“The Lib Dem motion wants the council to rule out fortnightly bin collections before the effects of unprecedented cuts on many vital services, including waste management, are assessed. Both the larger parties have, since 2001, either signed or altered the waste contract, or given or varied planning permission. But neither the Lib Dems nor Labour have put in place a waste strategy which anticipates or deals with the consequences of those agreements and permissions. Our waste collection service needs to be reviewed within the wider context of massive cuts to council funding, modern waste management trends and a regional strategy.”

“Labour’s motion opposing Andrew Lansley’s Health and Social Care bill fails to recognise that the bill builds on Labour’s legacy as the party that opened the NHS up to privatisation. That was despite pledges in their 1997 general election manifesto to roll back Thatcher’s costly and bureaucratic internal market. They encouraged over one hundred new hospital schemes under the Private Finance Initiative (PFI), valued at £10.9 billion but which will cost taxpayers £62.6 billion by the time they are paid off in 2048. Locally, we’ve seen the results of their Independent Sector Treatment Centres (ISTCs), which received payment for a minimum caseload whether or not patients were seen. Our nearby ISTC, Barlborough Treatment Centre, was paid £9 million for £4 million worth of operations. ”

1 – The wording of council motion 8 and our amendment wording follows :

8. Notice Of Motion Given By Councillor Shaffaq Mohammed

(a) notes that no party included moving to a fortnightly black bin collection as part of their local election manifesto, therefore there is no mandate to introduce the policy; and

(b) is opposed to fortnightly bin collections and intends to keep the weekly collection of black bins in Sheffield.

b. notes that the city is facing unprecedented cuts and that the true
effects on many vital services, including waste management, are still to be
assessed;

c. notes in particular that the promise to provide choice over the use of
the blue bin and blue box was made by the outgoing leader without knowing if
it was affordable;

d. notes that the additional kerbside recycling service introduced by the
previous administration costs at least £2.5m a year, is not convenient or
comprehensive and only reduces the city’s annual carbon emissions by about
0.1%;

d. notes that the fundamental challenge facing the council is that is has a
long term contract with a private waste company which runs an incinerator
requiring more feedstock than could ever be met from the city’s own residual
domestic waste, and that this shortfall will worsen if waste arisings
continue to decline and recycling and composting reach 50% by 2020;

e. notes that adminstrations of both the larger parties have, since 2001,
variously signed or altered the waste contract, or given or varied planning
permission, but that neither has put in place a timely or adequate waste
strategy which anticipated or dealt with the consequences of those
agreements and permissions;

f. notes the most recent example of strategic failure, whereby planning
permission has been granted to import nearly a quarter of the incinerator
feedstock from neighbouring local authorities on a short term basis without
knowing if this is genuinely residual waste and without any attempt to
influence their long-term plans;

g. notes that while the city council is not statutorily responsible for
managing commercial and industrial waste, it is a key element of an
efficient, low carbon economy and that the council has failed to
comprehensively analyse, influence or benefit from these waste streams;

h. therefore believes that the domestic waste collection service should be
reviewed within the wider context of massive cuts to council funding, modern
waste management trends and a regional strategy.
2 – The wording of council motion11 and our amendment wording follows :

11. Notice Of Motion Given By Councillor Mary Lea

(a) notes the growing concerns over the Government’s handling of the NHS and the effect its policies are having on hospitals and patient care;

(b) expresses disappointment that the Deputy Prime Minister signed the ‘Equity and Excellence: Liberating the NHS’ White Paper that presaged the Health and Social Care Bill, and also expresses regret that on 31st January, 2011, when the Bill received its second reading in the House of Commons, not one Liberal Democrat MP voted against;

(c) hopes that the Government’s “listening exercise” will produce fundamental changes to the current proposals in the Health and Social Care Bill;

(d) proposes the following suggestions to the Government:

(i) keep NHS protections against the full force of UK and competition law and drop the plan for a free market NHS;

(iii) abandon the proposals to break up commissioning into so many small GP consortia, make them involve wider expertise and require them to be open and accountable to local patients and the public;

(iv) ban GP bonuses, stop conflicts of interest where they can commission from themselves and close the loophole that lets them outsource the commissioning job to the private sector; and

(v) keep the cap on NHS hospitals treating private patients, so they don’t jump the queue on NHS patients and strengthen the safeguards on closing down hospital services; and

(e) resolves to write to the Secretary of State to ensure that the above suggestions are formally fed into the “listening exercise”.

1. Insert after (b) the following clause:

(c) recognises that the Health and Social Care Bill builds on Labour’s
legacy as, despite pledges in their 1997 general election manifesto to roll
back Thatcher’s costly and bureaucratic internal market, they opened the NHS
to privatisation by:

(i) setting up, through “The NHS Plan” of 2000 a “concordat” between the NHS and private hospital companies allowing the latter to provide diagnostic services and elective care;

(ii) establishing Independent Sector Treatment Centres
(ISTCs), which were paid for a minimum caseload whether or not patients were seen, resulting in our nearest ISTC, Barlborough Treatment Centre being paid £9 million for £4 million worth of operations;

(iii) introducing Payment by Results (PbR) for NHS hospitals
about which the then Health Secretary said in 2005, “It’s not only
inevitable, but essential that PbR and these other elements create
instability and change for the NHS. That’s precisely what they are designed
to do”;

(iv) encouraging over one hundred new hospital schemes under
the Private Finance Initiative (PFI), valued at £10.9 billion but set to
cost £62.6 billion by the time they are paid off in 2048;