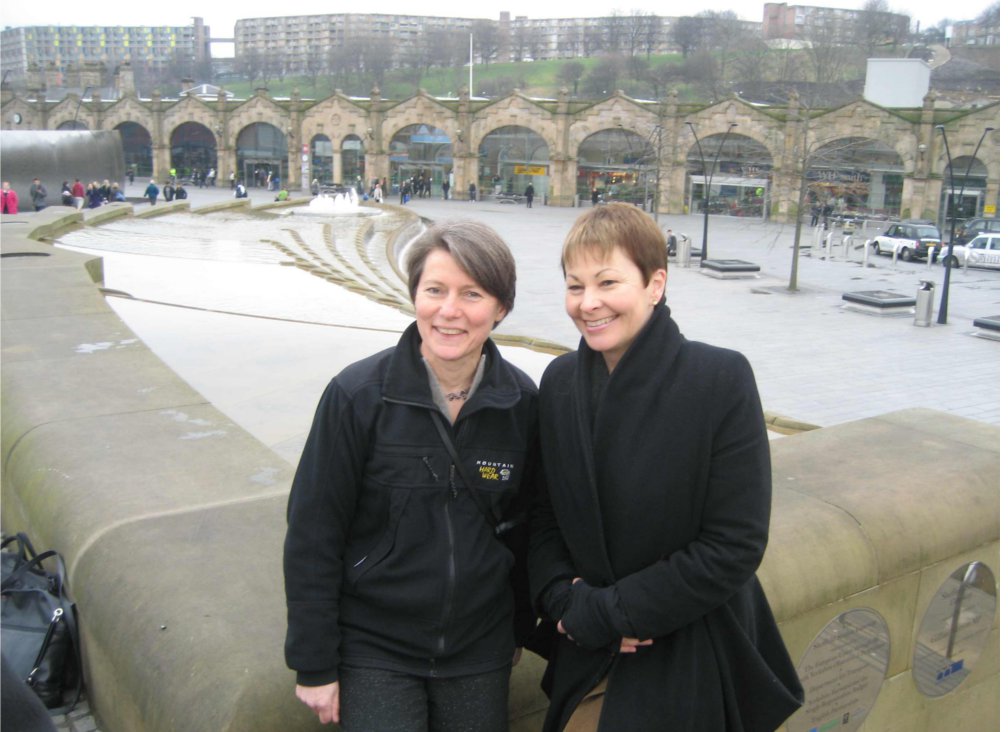 Green Party members yesterday voted to pass an emergency motion calling on the Secretary of State for Work and Pensions to stop using IT firm ATOS as its assessor of benefit claimants.

Concerns have been raised over the company’s suitability to conduct assessments, ranging from the lack of disabled access at their assessment centres to the shocking fact that 40% of their decisions have been found to be wrong on appeal [1].

“ATOS’s computer-led assessment is far too blunt an instrument to assess a benefit that is vital for so many. For example, the box-ticking exercise is close to useless for assessing a condition such as autism. Not only that, but the number of decisions that have been reversed means that an awful lot of taxpayers’ money has been wasted.

“Disabled people should be afforded the dignity they deserve throughout any assessment process, and should not be presumed guilty or treated like they’re avoiding work. ATOS has no place in such a sensitive area, and we urge the government to sever all ties with the company.”

2. The full text of the emergency motion follows:

Conference expresses deep concern at the use of ATOS to assess incapacity benefit receivers for their ability to return to work. As evidence continues to mount that the work capability assessments are being used politically to remove Employment and Support Allowance payments, with 12 doctors referred to the General Medical Council in August, Conference calls on the party leadership to demand that the Secretary of State for Work and Pensions removes ATOS as its assessor of benefit claimants.

Thank you, Sheffield Green Party for the hosting work you put into this Autumn Conference and your great teamwork on the Emergency Motions ret Atos Healthcare and also legal aid.

I am a member of the Green Party’s Benefits Policy Working Group e-list and know that there is room for more members on that e-list that is moderated by Noel Lynch. I am also ex Green Party of England & Wales Spokesperson on Social Security. That post is currently vacant since I resigned for personal reasons connected to the limitations my disability places on my output and reading speed.

But the limitations placed upon my quantitative output through my disability are as nothing compared to the dangers imposed upon society through the direction given to welfare reform by American health insurance company Unum that has been advising UK governments on welfare reform since 1994. Note also that Welfare Reform Minister Lord Freud was ‘talent spotted’ by Tony Blair as investment banker David Freud despite background as an investment banker who admits that he knew nothing about the benefits system when taken on in that role. Their collective quality of output has been far from desirable.

What is Sheffield Green Party planning for the next National Day of Action Against Atos, that is set to take place nationwide on 30 September?

Well done thr Green Party for this motion , Atos have been a disgrace to this country for 3 years.
The Government up to now have ignored all evidence against the flawed WCA.
Perhaps they will now take notice.
There are millions of votes to be harvested from the disallusioned Sick and Disabled, I for one will be asking them to vote GREEN PARTY.
ONCE AGAIN MANY THANKS

This has got to be the best news for the UK’s community of the sick and disabled. Well done Green Party, you will get much support on this issue alone, and it is great to hear another GP speak out, as she is obviously aware that the practises of Atos/DWP are totally against medical ethics. Well done.

Thank you Green Party for supporting sick & disabled people & asking for the removal of ATOS as the assessor of benefit claimants. HUGELY appreciated!

The 40% success rate of appeal is for unrepresented claimants btw. The figure goes up to 70% & rising when claimants have representation at appeal. That’s close to double the 40% you’ve stated so it’s vital that the full statistics are made known to the general public.
Please expose the full extent of suffering this has caused. Not forgetting those who took their own lives because they couldn’t take the pressure, the resulting impact on their condition, reduced income & total loss of hope for their future. And those losing their loved ones left bereft & devastated.

Thank you for all the kind comments.Hope you can join us for this
12pm-2pm, 30th September
Support the Sheffield demonstration in a National Day of Action against Atos. Further details soon.

Excellent, I am glad that a party can see how badly this is damaging those of us in society who are struggling to make ends meet as it is, without having to deal with people who are not qualified, nor understand different types of disability, so they make their own judgements and often get it wrong.

Sadly the appeals system seems to side more with Atos if you have an invisible health condition, what is needed is a common sense aproach using real bonafide medical history from GPs and Consultants. It is impossible to assess a persons fitness for work just by irrelevant questions and a pseudo examination of the limbs.
Try Neuro-Cardiogenic Syncopy Depression and PSTD, would ATOS Healthcare and the DWP really like someone who suffers with this condition to be a train driver or a machine operator? And when they had a fatal accident possibly killing or injuring themselves and others through no fault of their own by being forced by ATOS and the DWP it is ATOS and the DWP who would deny all responsibility, wouldn’t they.

Meet at 12 noon on Friday 30th outside Bankers Draft. Bring your own picnic. We’d like to see some good placards. Please make suggestions even if you can’t make it; and if you can, your own placards would be great.

Its strange but i had an appointment with atos . I went there in chatham . I was asked a load of questions . The member of staff was unhelpful and made me feel like i was nothing. I had a bad ankle break 3 years ago and now have to wear a caliper and an adapted boot. I was asked to remove it . This was to be expected. However, i said to the lady as i could not stand on one foot to put it back on i might need help . She let me take it off then offered me no help to get it back on . I was left to sit on the floor trying to get it back on myself . After 5 minutes of struggle i got it on . However as i was on the floor trying i could not reach the strap that holds it together. I struggled to do it , and as a result my caliper strap broke. Still no help . I said to the lady that this had happened still no help. I was still on the floor and said i need help . Her reply i cant bend down . GREAT. She finally went to get an office girl to help. I had to lay on the floor while she taped up the caliper so i could use it again to get home. I was treated so badly i complained. I was sent a letter from them saying sorry but that is part of the way they assess you . What a joke. I have not had my result of the assessment yet . I have no faith it there judgement at all . I would not treat a dog how they treated me , and i bet i am not the only person they treated like this. I have a blue badge and i am not trying to lie. You only have to take my boot of to see how bad it is . So why do atos treat me this way or anyone else.