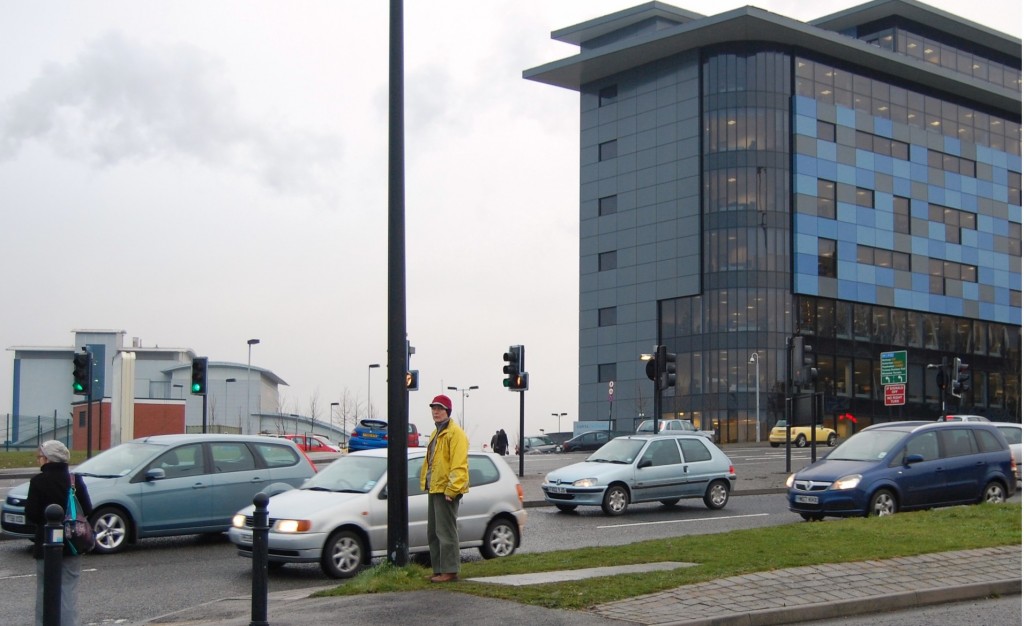 Green councillors have been pressing for a pedestrian crossing to link the Capita Hartshead building to the city centre since last winter. The new crossing will make it easier for people to get across to Victoria Quays, helping to regenerate that part of the city. Following meetings with staff and Central ward Cllr Jillian Creasy, Capita agreed to fund the crossing themselves. Further pressure was required before the Highways Committee would consider it but they are being presented with a recommendation to approve on October 13th.

Cllr Creasy says, ” Office workers have been dodging traffic at the junction of Derek Dooley Way and the Parkway and it is only a matter of time before there is a serious accident. This pedestrian crossing has taken far longer than it should have done but its a win-win situation. Capita are funding the crossing so the council doesn’t have to pay. And workers and visitors to a large business will be able to walk to and from the station and city centre in safety.”

Photo : The picture shows Cllr Creasy at the proposed crossing location with the Capita building in the background.

Note: The report to be considered by the Cabinet Highways Committee can be viewed via http://www.sheffield.gov.uk/your-city-council/council-meetings/cabinet-highways-committee/agendas-2011/agenda-13th-october-2011

The Star has a rather different view on this story!
http://www.thestar.co.uk/community/green-scene/new_pedestrian_route_could_cause_hold_ups_1_3858363?commentspage=3