Is the City of London ignorant or just plain callous? 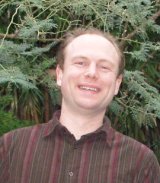 “Living in a moral vacuum light years away from the lives of real people” fumes Jason Leman of the Green Party “Sheffield Council is looking at year on year cuts that will hurt services across the city, especially for the young and vulnerable, as public services and voluntary groups have their budgets slashed. Energy prices are spiralling ever higher, business is slow and job losses are mounting. The salary most people get in the UK is just £15,000 a year. But at the same time, there is a 50% pay rise for Britain’s
bosses: their average salary hits £2,700,000 a year. All that money going to a tiny minority, several of whom are responsible for this mess, many of whom stash their cash away instead of it going back into the economy. We know the link between performance and pay for these people is minimal, if they can’t self-police then we need to stop the greed.”

Prime Minister David Cameron, speaking in Australia, said the report was “concerning”. It is more than concerning, it is wrong and makes a nonsense of any further cuts. Jason Leman stated “Islington Council recently became the first in the country to put in place a policy of paying the Chief Executive no more than ten times the wage of the lowest employee. This is something Sheffield Council could do, it is something every public and private organisation could do. A 10:1 maximum pay ratio would seriously reduce the pay gap in our city. You cannot use the economic crisis to defend paying hard working staff so little they cannot support their families at the same time as paying out colossal salaries to their bosses.”

There are 3 Responses to Is the City of London ignorant or just plain callous?

I think the whole system is callous. Its corrupt to the core and they all protect each others interests against the ordinary citizen. How else could you justify the way the poor, the old, the sick, the young are being made to pay for the mistakes of that glorious few – that elite and their cronies who are leeching the country dry and will then fly the nest.Anyone who gets too close, gets corrupted by association and becomes part of the problem – the 1%. This must end.

I totally agree with the arguments and I know political parties are supposed to pick and choose how to show statistics so to blind the public but I joined the Green Party to not be part of that system.

I’ve not studied the figures and wouldn’t have looked them up if that sentence above which read to me as trying to mislead didn’t stand out. The argument would of still been valid if you said the average wage was around £24k compared to £2.7m for bosses, rather than reaching for the shock value. We ain’t a red top, the truth is shocking enough.