Stronger government if Labour respected the role of the opposition. 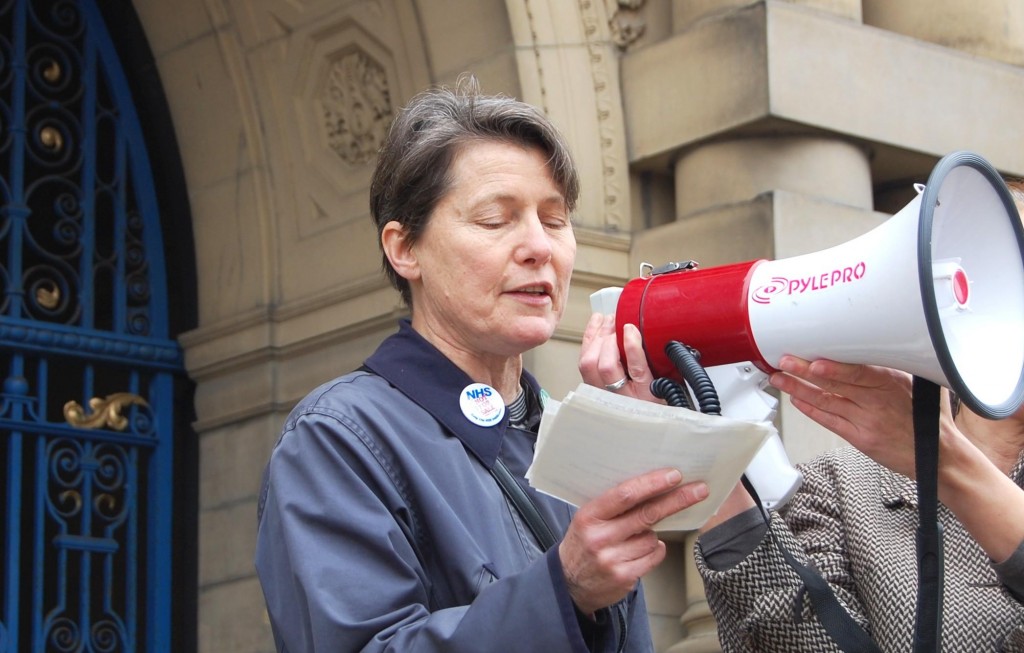 The recent referendum on elected mayors and the increase in Labour’s
majority have led to a debate about “single party” government. Labour now
hold nearly three quarters of the 84 seats on the council.  As one of the
two opposition parties, we believe we have an important role to play in
holding them to account, putting forward our alternatives to unfair cuts and
privatisation and standing up for our constituents and local communities.

Two arenas for doing so are the seven Community Assemblies and five Scrutiny
Committees (which are like the cross-party select committees in
Westminster). Until now, a proportion of these bodies were chaired by
opposition councillors, providing some balance. We were therefore
disappointed that, at the Full Council AGM following the city council
elections, Labour did not give a single scrutiny board chair to a member of
the opposition.

Are Labour so sure they represent the whole city and every shade of opinion
within it that they can safely stifle opposition in this way? Do they not
value ideas from across the widest possible spectrum of elected politicians?
Of course the leader and single-party cabinet can ultimately turn down
proposals they disagree with, but would it not make for stronger government
to respect the role of the opposition?

There are 4 Responses to Stronger government if Labour respected the role of the opposition.

“but would it not make for stronger government
to respect the role of the opposition?”

Of course not Jillian, Councillor Creasy. That would be TOO MUCH like Common sense and mature, adult behaviour…which, malheureusement, is NOT “de riguer” with English Politics in general.

Sheesh…the thought of co-operation and communication and fairness. Come on!

This is a major problem with the way politics is run, not just in this country but across the world-the yah boo sucks approach, my party is my party right or wrong. Any politician who changes their mind or admits to being wrong on something is portrayed as weak by the media.

Jillian is right, in a better world good ideas would be respected wherever they came from. In the real world people may lean to one party or another but like some ideas from another and to have one party too dominant can be a bad thing-which is one reason I voted yes to AV last year.

So I as an ex member of the SDP who has voted Labour for the last twenty years with the exception of the last Euro election and a council election three years ago can say if I’d been a London Resident would have voted Green 1, Ken 2 in the mayor election, Labour in the constituency vote and Green in the City Wide vote. In a Sheffield Council ward with a hard working Labour Candidate and no Green Campaign I voted Labour, but if I’d lived in Central or Broomhill might very well have voted Green. If there were a General Election tomorrow I’d vote Labour, but might vote Green in next years Euro Election. In the police commissioner election I’ll vote for whoever will do the best job-to be honest I don’t think this should be a political appointment-if we’d had a vote on this like on the elected mayor I’d have voted no. Does anyone know what’s happening with this?

If anything illustrates my personal blurring between Labour and Green it is on nuclear power/defence issues. I think we should do much more on renewable energy. I worry that we’re struggling to reach the 15% target and would like a much higher target-say 30% or higher if possible. However there will have to be something else, and unless there is some power source we don’t know about that is nuclear energy(closer to Labour). But as far as nuclear weapons are concerned I can say this is an issue where I changed my mind. As an SDP member I was anti unilateral nuclear disarmament. However I now think we should not replace the Trident missile system(closer to Green).

I believe politics would be better run if not so many votes in parliament or council were whipped. I wish the Government would just get on with House of Lords Reform-and electing that by some form of PR/AV would allow for a balance of ideas. In Local Govt I’d like to see Parish Councils extended across urban areas as well as rural which I think would be far better than Community Assemblies or Area panels neither of which most people have a clue what they do!

Sorry for Rambling on. Might have been better if I’d stuck to writing about just one thing but I guess this is just what came to me after reading Jillian’s letter.

Hi Simon
thanks for your thoughtful letter. I’ll try and respond to as many of the points as possible.
The democracy we have at present isn’t very good at balance, and that is reflected in the media, too. Good ideas are only lauded if they’re from a party that’s in favour. This even goes for such ideas as climate change, as close to a scientific certainty now as most scientists will admit to, but still rejected and even derided by parts of the media. So on that, we certainly agree. On political whipping, too; MPs or councillors are there to represent their constituents, not their party.
On nuclear power, I have a number of problems with it, but I’ll name just three. The first is that it just won’t address the approaching energy gap which is forecast to appear in 2015, because the time lag between applying for permission to build and the electricity coming online is about ten years (and lengthening). That’s seven years too late, with enormous investment which would be better spent on renewables. Secondly, the cost of electricity generated from projected new nuclear is already higher (and rising) than that of offshore wind (which is falling), the most costly of all renewables. And thirdly, the problem of dealing with waste has still not been solved; one of the downsides of Fukushima was that they were storing huge amounts of spent fuel, which are now volatile. Basically, all my objections are economic ones, I’ve given up trying to find a scientific concensus on its safety. There was a report out the other day which suggested that a Fukushima-like event was likely to occur once in every ten to twenty years.
My last point would be to say that, from a Green point of view, Labour are scarcely any better than Tory or LibDem; they’ve bought into the free market in a big way, and in a Green analysis, the market just isn’t a good – let alone the best – way of allocating scarce resources, especially if we’re trying to think long term. It’s the market that’s holding back investment in renewables and other climate-change mitigation measures; it’s the market that’s behind the Health and Social Care Act, which will result in the dismantling and selling off of the NHS, a process started by Labour under Blair; it’s the markets that run an economic system that’s bound to crash at ever-more-frequent intervals (when their losses are socialised, leading to cuts and recession), especially since Brown deregulated the financial institutions.
For alternatives, try Prosperity Without Growth (available online).
I was in the SDP too. I was naive, and their message of “breaking the mould of politics” was what convinced me to join. That urge to do politics differently still motivates me and in the Green Party I’m happy to be able to work with any other member as an equal. The hierarchy is almost non-existent. As Chair of the Sheffield and Rotherham Green Party, I have no more – and no less – clout than any member.
I hope this helps you to understand our position, and to think about voting Green at all levels.

Thanks for these comments. One way to improve cooperation would be to have proportional representation which would force parties to work together. But even without it, there are mechanisms for the administration to foster input from the opposition groups. The long-standing councillors bemoan the demise of the committee system, where councillors worked cross-party to develop policy in housing, educaton, transport etc. But they don’t make best use the Scrutiny Boards (which are also for policy development) to do just that.
I share your concerns re energy – renewables and nuclear; but what I would add to the equation is the importance of REDUCING our use of energy, which would be the most cost effective, rapid, job-creating and equitable approach (think massive insulation programme, excellent affordable public transport, more local food production …).
Jillian