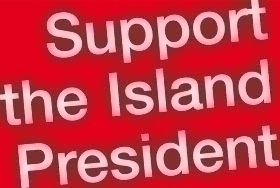 There is  a free screening of ‘The Island President’ at 6.30pm on Wednesday 30th May at the Central United Reformed Church, 60 Norfolk Street, S1 2JB. This is a recently released film about Climate Change:

‘Jon Shenk’s The Island President is the story of President Mohamed Nasheed of the Maldives, a man confronting a problem greater than any other world leader has ever faced-the literal survival of his country and everyone in it. After bringing democracy to the Maldives after thirty years of despotic rule, Nasheed is now faced with an even greater challenge: as one of the most low-lying countries in the world, a rise of three feet in sea level would submerge the 1200 islands of the Maldives enough to make them uninhabitable.’

Refreshments will be served from 6pm. The film will be followed by a discussion led by an expert on Climate Change.

More details about the film can be found at:

It’s also on at Docfest in June http://sheffdocfest.com/ with lots of other Green films and a free outdoor screen on Howard St outside Hallam Uni. June 13 to 17.