Our friends at Residents against Station Closure have just issued this press release. 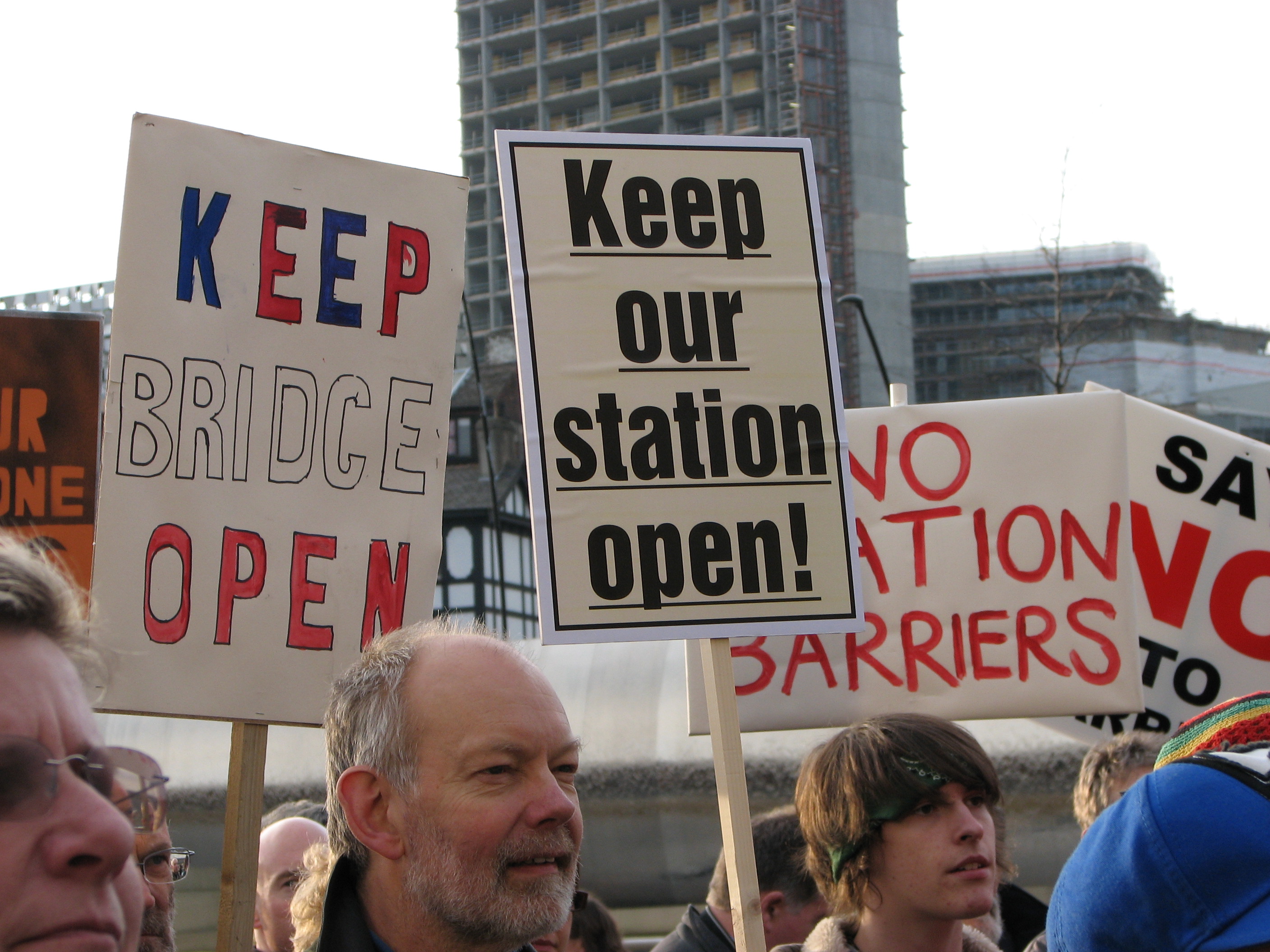 Residents against Station Closure meet for their AGM next week to plan how they will continue the fight for free access across the pedestrian bridge. The meeting is on Monday 16th July at 7pm at Victoria Community Enterprise, Stafford Road.
Chairperson Keith Hayman explained:
“Four years since the start of our campaign, Sheffield Station bridge remains fully open to the public. This is a massive achievement. Sheffielders have resisted Rail Operating Companies, Ministers of Transport and Civil Servants.
At a meeting in London in February the Secretary of State for Transport, Justine Greening met with Sheffield representatives. She offered the city up to  £3 million to build a second bridge  immediately north of the platform canopies. The ‘offer’ came with strings. It was going to use Transport Department end of year “underspend”. The City had just two weeks to make up its mind, before the offer would be lost. Many thought a victory had been won  when the City Council accepted the ‘offer’. But the £3 million is a poisoned chalice. “
Why are we continuing?

1.    Any second or upgraded bridge should be born out of the regeneration of the station and the ‘gold route’ into the city centre or the bridge upgrading that will have to follow from the electrification of the London to Sheffield line. The ‘offer’ bridge is not the result of either of these things. It is a sop to allow the Department for Transport to install barriers on the existing bridge.2. RASC have repeatedly asked Government Ministers, East Midlands Trains and the DfT for evidence of the £2.3m  fare evasion they claim is lost through Sheffield station. They have persistently failed to do this. RASC opposes fare evasion but research by the Sheffield Star, showing the low level of prosecutions, confirms our view that barriers are not needed. We don’t presently need a second bridge or barriers on the existing bridge.

3. In the future increases in station use may justify a second  bridge. But this should arise from a planning process that recognises the growth from current developments and the commercial, retail and social importance of the station.

RASC remains committed to keeping the current footbridge across the station fully open to the public. We will also involve ourselves in any consultations on further bridge options.