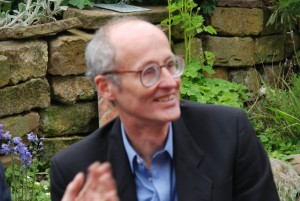 It’s been wonderful to see so many Sheffield people supporting the Olympics, including our local heptathlon heroine’s success.

However, the Games that have just ended are only half the story. The Paralympics starting in late-August will be just as significant, involving over 4,000 competitors with a wide variety of impairments and disabilities.

Let’s use the Paralympics to celebrate the achievements of not just the competitors involved, but also the courage and determination of the millions of people in this country with an impairment or serious illness. Many of them have to succeed in their own personal heptathlon to tackle the challenges of daily life.

But I hope the coalition government won’t use the Paralympics to try to show a caring face, while it goes on working with its partners like Atos to introduce welfare changes and spending cuts that will particularly impact on vulnerable people with disabilities or illnesses. That’s why I and many others will be supporting the 28th August rally at 12.30pm outside the Sheffield ATOS office (in Hartshead Square in the city centre), to highlight the widespread opposition to these changes.