Councils must join together to fight the cuts. 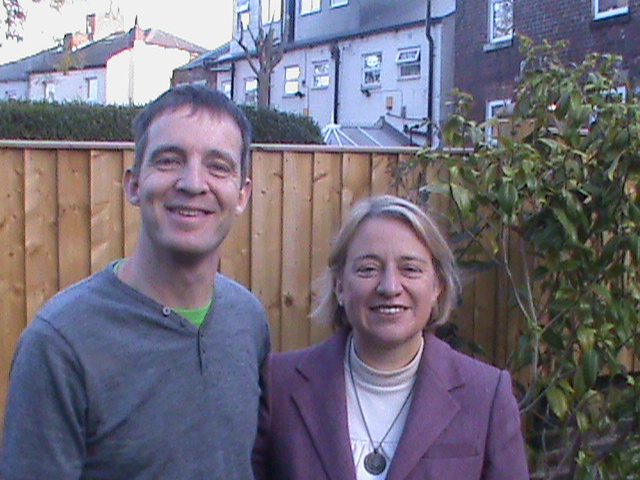 This article from Steve Barnard responds to two articles on the South Yorkshire Politics website.

The government will soon be announcing how much money it will be allocating to local authorities to spend on services. Sheffield City Council will have to find cuts of over £50 million to take effect from April next year. The Council warns that almost all services are at risk. This is on top of cuts to budgets of £145 million over the last three years. The Green party is the only party which has set out a national economic strategy to avoid all cuts to public service. It is a difficult time, as we prepare a viable budget option that defends services and jobs yet remains legal.
The Green party is not the only one frustrated by this situation. Barnsley Labour Cllr Tim Cheetham noted that councils across the county – and indeed the country – continue to have responsibilities to deliver services but with a lot less money. This situation will not change over the next few years and some scenarios show it will be very difficult for local government to survive and meet its obligations to local people.
Part of the challenge for the Green party, as an emerging party, is how we influence council and government policy without having our hands on the levers of power. We are a small but growing party; we have two councillors in South Yorkshire, and nationally we have one MP and minority control of just one council, Brighton. So unfortunately, we are not yet in a position to take a strong lead against the governments’ plans. The Labour party has many more councillors, MPs and influence. They could take on the responsibility of national leadership to fight the cuts. But this is unlikely – Cllr Cheetham’s party leader, Ed Miliband was recently booed at a national TUC march when he said he would continue a programme of austerity if Labour wins the next election.
Perhaps the Liberal Democrats could offer a solution to this problem. They are the junior partners in the coalition along with the Tories. They can influence the heart of government. It seems unlikely they will seek the changes needed to defend local services, if we are to believe their leader in Sheffield, Cllr Shaffaq Mohammed. He suggests that there is cross party agreement that reducing the deficit is a priority but the Green group is emphatically not part of that consensus. However he puts forward some practical suggestions that are similar to things Sheffield Green Councillors have proposed in previous budget amendments like reducing the pay of the top council earners. This would save some jobs and services. The reality is that to stop the majority of the cuts we need substantially more money from the government. Sheffield council’s budget position is made worse because of cuts to council tax benefit worth over £4m and because it cannot increase council tax more than 2% without a referendum. So it is even less able to compensate for cuts in the Revenue Support Grant.
There are significant things that the government could do to maximise revenues which could then be spent on local services across the country. Better collection of tax from large corporations and rich individuals would swell the Treasury coffers. Almost weekly basis there is another story of a large company not contributing its fair share to the Inland Revenue. Successive governments have wilfully neglected to do anything to close tax loopholes and make sure that the rich pay their fair share.
There are cuts that the Green party is in favour of at a national level. We do not need to invest tens of billions in a replacement for the Trident nuclear warheads. Similarly we would argue that the road building programme is unnecessary and could harm our commitment to reducing carbon emissions. These two measures and others would give national government more money to redistribute to Council and to defend frontline services.
To make things even worse, in Sheffield, councillors from both Labour and the Liberal Democrats have committed future expenditure by signing inflexible, long term contracts with private companies. Multinationals like Veolia, Amey, Kier and Capita perform many duties on behalf of the Council. Contracts are subject to fixed payment schedules that fail to take into account the future potential revenue position of the city. Maintaining these contracts takes first call on the money the Council has to spend on other services. We are left in the situation that the council has to cut elderly and adult care, libraries, parks, and children’s centres because it cannot cut the road repair budget. At the same time the city’s 8 biggest contractors made £9 million profits in one year for providing these services. Although legally we have to honour existing arrangements, the Green party is clear that we should not increase the pressure on service delivery by signing more of these agreements. We should bring contracts back “in house” or into the hands of smaller local businesses wherever possible.
Local government is effectively under attack by national government. There have been local discussions led by the Sheffield branch of Unlock Democracy about strengthening local government. They are campaigning for proposals put forward by the Political and Constitutional Reform Committee, they would redefine the relationship between national and local government so that the latter was not subject to the whim of successive administrations and could have meaningful tax raising powers. This would give local politicians more of the tools to tackle local issues, defend services and improve equality.
The Green party is frustrated by the inactions of others who are against the Tories. Effective national leadership could co-ordinate local days of action and challenge the cuts agenda across the country. There is a serious choice facing councillors and Councils: face having to take responsibility for kicking people who are poor, disabled, old or young – or join together and fight back.

The original articles can be found here

Here is the article on the South Yorkshire Politics site.