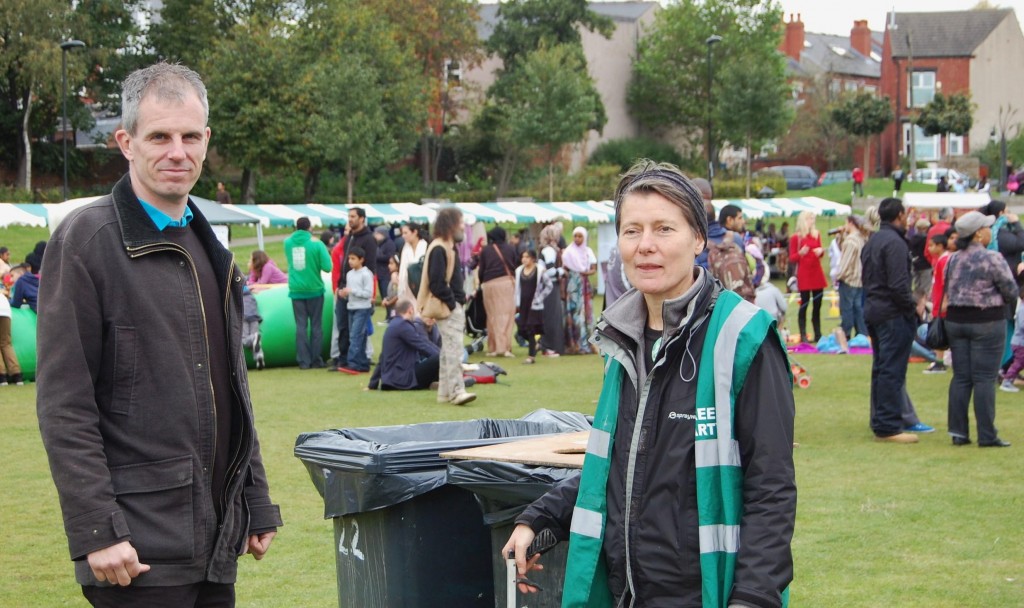 Local Green Party councillors Rob Murphy and Jillian Creasy, plus other Green activists, are working alongside local residents to tackle litter in Sharrow.

The Greens have organised a Community Litter Pick on Sunday 25th November to collect litter in Vincent Road, South View Road and neighbouring roads. They hope lots of residents and other interested people will join them that day to help tidy up the area.

Rob Murphy said “Jillian Creasy and I know that people want less litter on our streets. We’ve already asked for more litter bins and street cleaning in the area. Also, we’ve talked to local residents about the new alternate week bin collections. That’s why we’ve organised this Community Litter Pick on 25th November. The more people that join us, the bigger the area we can tidy.”

The Litter Pick is from noon to 3pm on Sunday 25th November. People who want to take part should meet outside the Old Junior School on South View Road at noon or join the Greens on the street.

Further enquiries to either :