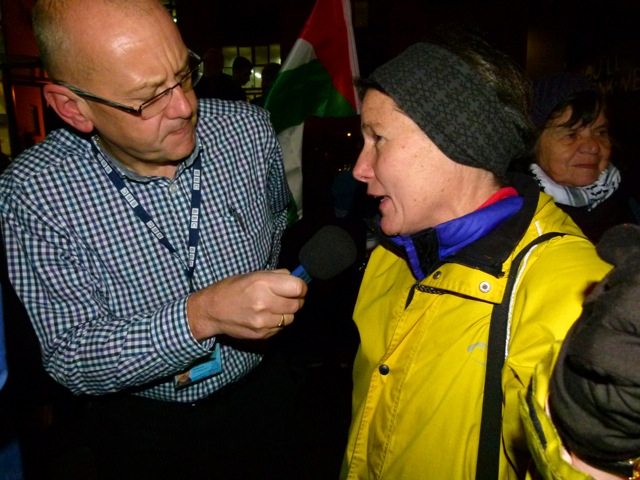 Councillor Jillian Creasy attended a protest outside BBC Radio Sheffield to draw attention to the biased reporting of the conflict. She said

“I joined the demonstration by the Palestine Solidarity Campaign outside Radio Sheffield because I want the BBC to do better in their reporting of what is happening in Palestine. The reports focus on the exchange of missiles and the deaths and injuries they have caused to both Israelis and Palestinians. But they fail to point out that the Palestinians are suffering incursions by illegal settlers, loss of land and water and a devastating blockade which is causing long term suffering, ill health and death. It is really important that people understand the background to this conflict.”