Fourteen years after the pass 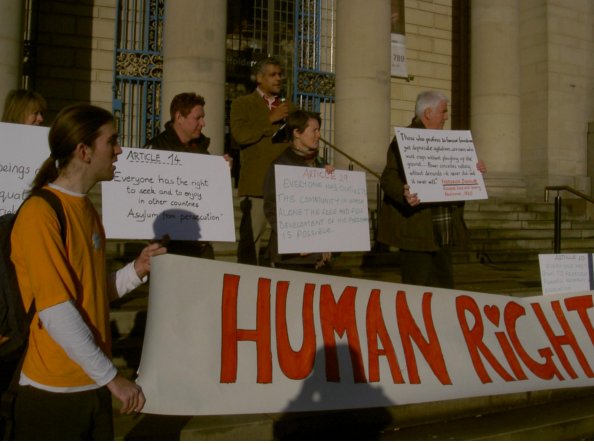 ing of the Human Rights Act, the fundamental safeguards it was meant to enshrine – free speech, fair trials, the prohibition on torture, the right to personal privacy and equal treatment – are under threat as never before.

The coalition government wants to deport alleged suspects to face trial in countries such as Jordan, known for its resort to torture.

Under the Justice and Security Bill now going through Parliament, evidence could be adduced but kept secret from the defence on the say-so of a minister that it involved a risk to “national security”

The draft Communications Data Bill would force network operators to collect and store all records of e-mails, texts and phone calls that go through their systems.

The swingeing cuts to legal aid will deny access to justice for countless poorer people.

, one of this country`s most significant and determined human rights lawyers, visits Sheffield to speak about her work fighting for civil liberties. She has been at the forefront of the struggle to defend human rights and the rule of law for many years. Her clients have included the Birmingham Six, the Guildford Four, and 71 of the 95 Miners charged with riot and violent disorder after the “Battle of Orgreave” in 1984. She is currently representing a number of clients facing removal to the United States under the lopsided terms of the extradition treaty between the US and the UK.

The talk is free but donations are welcomed towards the hire of the room, and any additional funds raised will be donated to Liberty.

Event arranged by Sheffield Justice for All, email contact sheffieldjusticeforall@gmail.com