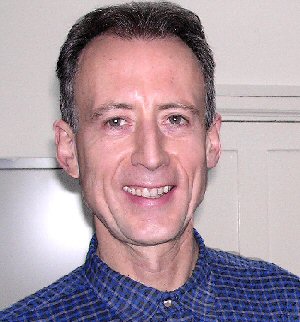 The Australian-born, veteran campaigner Peter Tatchell has become a major figure in British politics. He was originally affiliated to the Labour Party but joined the Green Party in 2004. He was the prospective parliamentary candidate for an Oxford constituency but had to stand down due to brain damage he sustained from attacks on him by neo-Nazis in Moscow and Robert Mugabe’s bodyguards. Peter is famous for his work as a political activist and using protest, speeches and direct action to get his message across. He is a well-known as an LGB campaigner and co-founded the gay rights group, OutRage. Often, Tatchell’s political activism has proved controversial. He has attempted to perform a citizen’s arrest on Robert Mugabe not once but twice, organised for Protest the Pope, and confronted Nick Griffin outside BBC studios. He has also engaged in a campaign designed to ‘out’ gay figures who remained homophobic in public.

Join us and Peter Tatchell for a speech entitled, ‘We expect political democracy, why not expect economic democracy too”, which will be followed by a question and answer session. It’s sure to be a lively event and definitely not one you should miss!