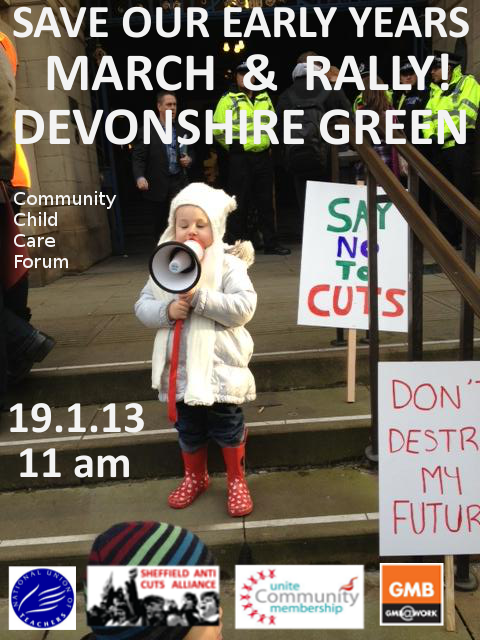 Sheffield Green Party will be supporting the demonstration and march tomorrow against proposed cuts to Children’s Services in Sheffield from 11am. The following comment is submitted by Spokesperson, Douglas Johnson :

“Labour’s sudden decision to cut the voluntary sector was made without consultation and parents are really angry at this lack of respect for their views.  The cuts will have a far bigger impact on people in the poorer parts of the city.  So Sheffield Green Party is calling on the Council to keep funding the childcare settings until it has done a proper consultation and looked properly at its equality duties.”

In addition, Cllr Rob Murphy, Lead Spokesperson on the 2013/14 budget proposals, will be available at the demonstration for interview from 12noon tomorrow – he will be attending after his regular council surgery. He can be contacted  via Robert.Murphy@sheffield.gov.uk