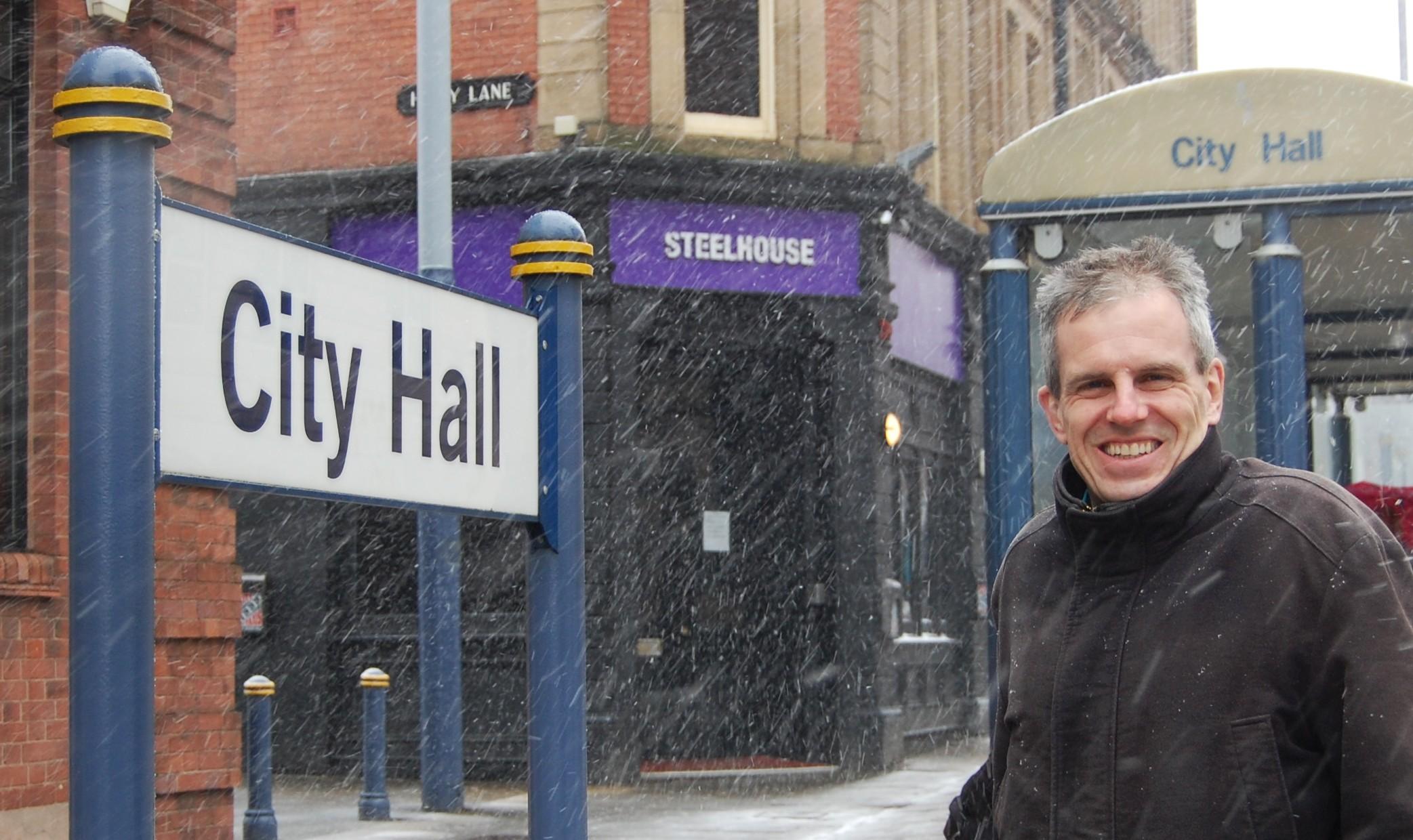 Central ward councillor Rob Murphy has objected to the lap dancing application by Steel House in the city centre ward he represents. It will be considered by the Planning Committee on February 25th. He comments :

“A number of local residents have contacted me with concerns. Thousands live in apartments on West Street and many more visit regularly for leisure, entertainment and shopping. It’s vital that people feel safe at all times on West Street and in the city centre. Permission for this lap-dancing club shouldn’t be granted. It will contribute to a gradual downturn that risks turning West Street into an unsafe area avoided by many the later the night goes on. ” ENDS

“I object to this application for change of use for which a number of local residents have contacted me with concerns. Steel House has a tram stop on one side and bus stops on the other bringing people in and out of the city centre including to City Hall events. The City Hall is no more than 100 yards from Steel House which is overlooked by 158 apartments at West Point, Morton House and Broughton House.

West Street is already an area where at night-time many people, particularly women, don’t feel safe to walk the streets due to drunken, anti-social behaviour, often by groups.

Tens of thousands of people live in city centre apartments and student blocks. We want them to be able to live in the city centre without needing cars so they must be able to walk to and from their homes safely at all times. Many others, particularly students and young people, frequent the pubs, clubs and restaurants regularly. This application, if granted, could significantly contribute to a rapid downturn of West Street into an area considered by many to be unsafe. A line needs to be drawn on the type of establishments in this area and the later and later opening times. “

2 – The application will be considered by the Planning Committee on February 25th. See http://meetings.sheffield.gov.uk/council-meetings/planninghighways/citycentresouthandeast/agendas-2013/agenda-25th-february-2013

There is One Response to Greens object to West Street lap dancing club.

TO LAP DANCING CLUBS IN SHEFFIELD

This application goes to Planning Committee that day at 2pm

Assemble at 1.15 outside the Town Hall for demo and speakers