Council Tax is going up for the poorest

People will have received their council tax bill with a covering letter (see below) from Labour leader Cllr Julie Dore saying that council tax has been frozen. But she avoided mentioning that it has not been frozen for everyone. In fact, as your article of 15th March states, the poorest 30,000 households in the city will have to pay more, because they have lost council tax benefit. 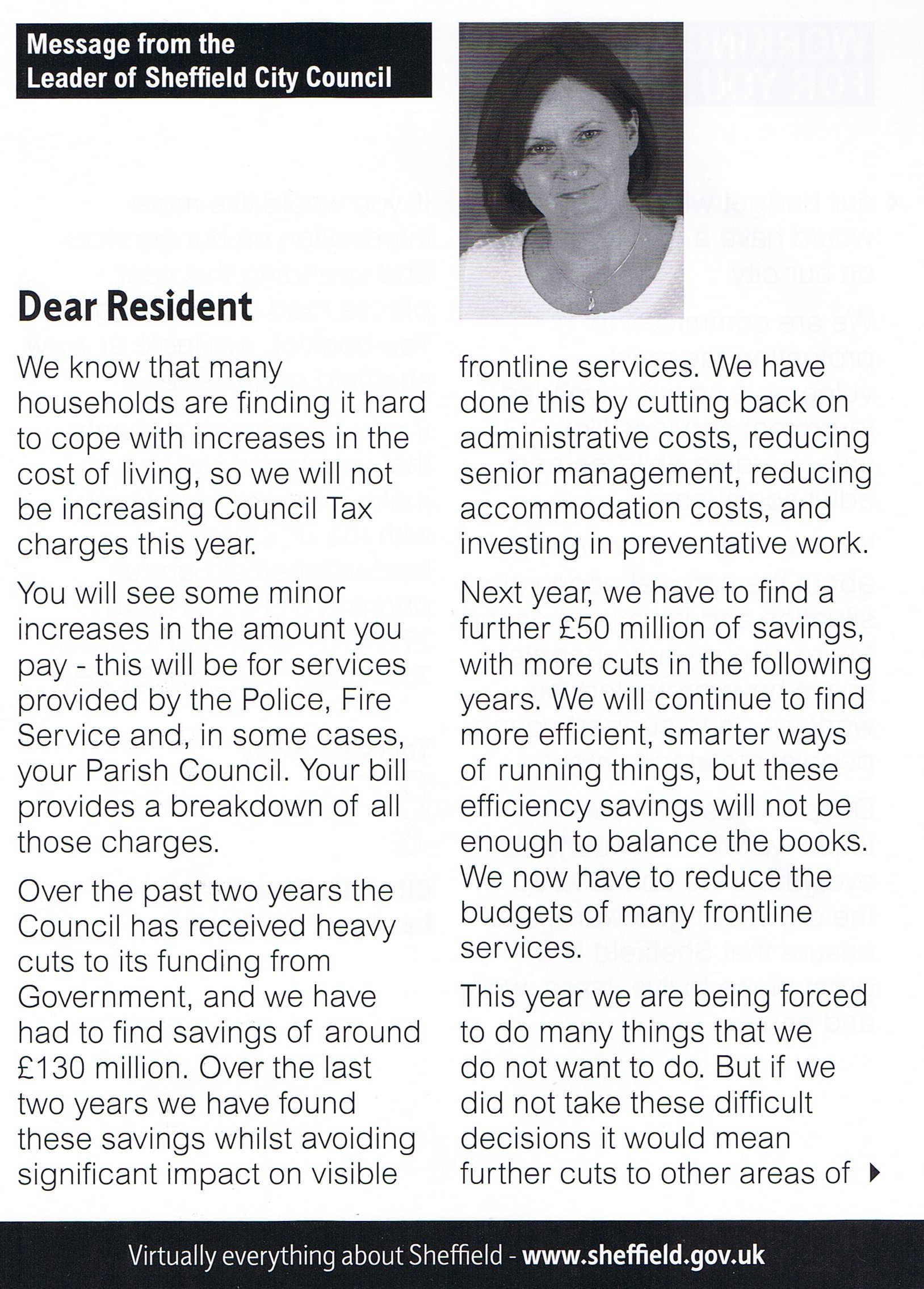 These people will also be hit by loss of services such as accessible childcare and public libraries where they can access the internet – exactly the things which make it possible for them to find and keep work. This is why the Green Party suggested a small rise in council
tax (48p a week for most households) which would protect vital services and allow the burden of cuts to be shared more fairly.