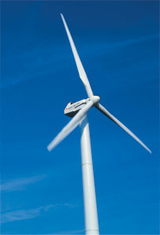 On April 2nd you published a letter from  UKIP MEP Godfrey Bloom which stated that the Met Office has conceded that there has been no global warming since 1997. This is of course utter nonsense. He does not site any references. In a recent article on the Met Office website it states ” there is overwhelming evidence that the climate is changing — in part due to human activities — and that changes will accelerate if emissions continue unabated.” (http://www.metoffice.gov.uk/news/in-depth/climate-change-strategies).  Furthermore there is scientific evidence that much of the ‘warming’ is going into the deep oceans and it is not unreasonable to assume that the increasingly more extreme weather we, and other countries are experiencing is the result of man made climate change. Godfrey Bloom states that he has been ‘vilified’ by Greens for saying there has no global warming for 15 years. Actually it is the vast majority of Climate Scie

ntists who he needs to convince of his opinion which flies in the face of peer reviewed science.

I had a look at the Register of Financial Interests and discovered that Mr Bloom is in fact a shareholder of Shell. This conflict of interest should be made known. It is in fact Mr Bloom and his fellow shareholders that continue to make money from our addiction to oil while doing his best to stop developments of renewable energy.

Rather than continue his unjustified climate change sceptic propaganda Mr Bloom would do well to turn up in European Parliament and represent his constituents, the job he is handsomely paid to do. According to Votewatch Europe Godfrey has only taken part in 31% of the votes, making him 751st out of 754 MEP’s. I look forward to next year when we will have the opportunity to replace him with a hard working Green MEP.