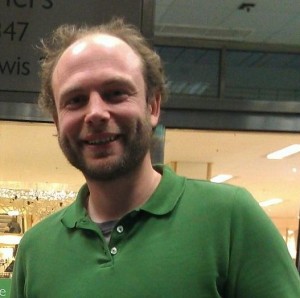 The Resolution Foundation report into low pay in modern Britain has found that over one in five working people in Yorkshire and Humber are paid less than the living wage of £7.45 an hour.

This at a time when British business announced it’s most profitable quarter ever and business cash reserves are at their highest ever level. As technology automates away middle-class jobs the only work left for many is low paid. Meanwhile, massive cuts to local government mean that councils are looking to cut wage costs in the public sector too.
Sheffield Green Party member Jason Leman said

“This report shows that people, especially those who are low-paid, have suffered loss of earnings since the recession began. In fact, average pay was already falling before the recession because middle-class jobs are being lost. Now over five million people are classed as low-paid, many working in shops, hotels and social care, often part-time. Younger people under 30 and women are most at risk of low pay.”

“But it’s not just a low rate of pay. Employers like Amazon, G4S and Sports-Direct gain massive profits off the back of zero-hours contracts. That’s unfair on small businesses, who don’t usually use the contracts, and it’s unfair on people. One mum got offered eight hour shifts at no notice so she had to take the kids with her and lock them in the car for while she worked. She was distraught but had no choice – it was that or not get any hours next time. That is the reality of zero-hours contracts for many. The employer has all the power, the employee none.”

“In care work zero-hours contracts are becoming standard, six out of ten people working in home care are on zero-hours. Paying for their own costs, only paid for the time they are actually at someone’s home, sitting around waiting for their next ‘shift’, which could be all of half an hour after the last one ended. In Sheffield the Green Party opposed the introduction of zero-hours contracts for care staff in 2012, arguing that the money saved would far better come from cutting the pay of senior council staff. Now there are hundreds of zero-hours staff working for the Council”

“Sheffield Green Party argue that we need to recognise the value of work. We back the Resolution Foundation’s conclusions that people need decent reward for work, that people deserve opportunities, and that jobs need to be secure. We argue for an end to zero-hours contracts and a Living Wage instead of a poverty wage. Sheffield Green Party want to see the value of work recognised for everybody.”

Zero-hours contracts in the Council