At the People’s Assembly on Saturday Peter Davies from the GMB led an excellent workshop on the Living Wage. Sheffield Greens have long campaigned for this and it has now been introduced by the City Council. Unfortunately many of the lowest paid jobs have been contracted out to other providers, so the GMB are now campaigning hard to ensure that all employers in Sheffield pay the Living Wage.

“Sheffield City Council announced at their full Council meeting in November 2012 that they will be paying the ‘LlVlNG WAGE’ to all of their lowest paid staff in 2013. The living wage is now £7.45 . The GMB have campaigned for the living wage and welcomed this decision but the vast majority of low paid public sector workers have already transferred out of the Council to the Council’s private sector and 3’d sector partners. The Council has agreed to pressure these partners to pay the living wage but few have or will agree. The GMB will campaign for the living wage where any public sector funded contract exists and we will name and shame those who do not agree and commend those who do. lndustrial action has proved to be successful in this campaign (Carilion School cleaners 2013) and may have to be used again…and again….. Join us and join our fight for the LIVING WAGE!
Peter Davies (GMB Organiser – Sheffield)”

The GMB and NUT have produced a league table showing who is and isn’t paying the Living Wage. (click to enlarge) 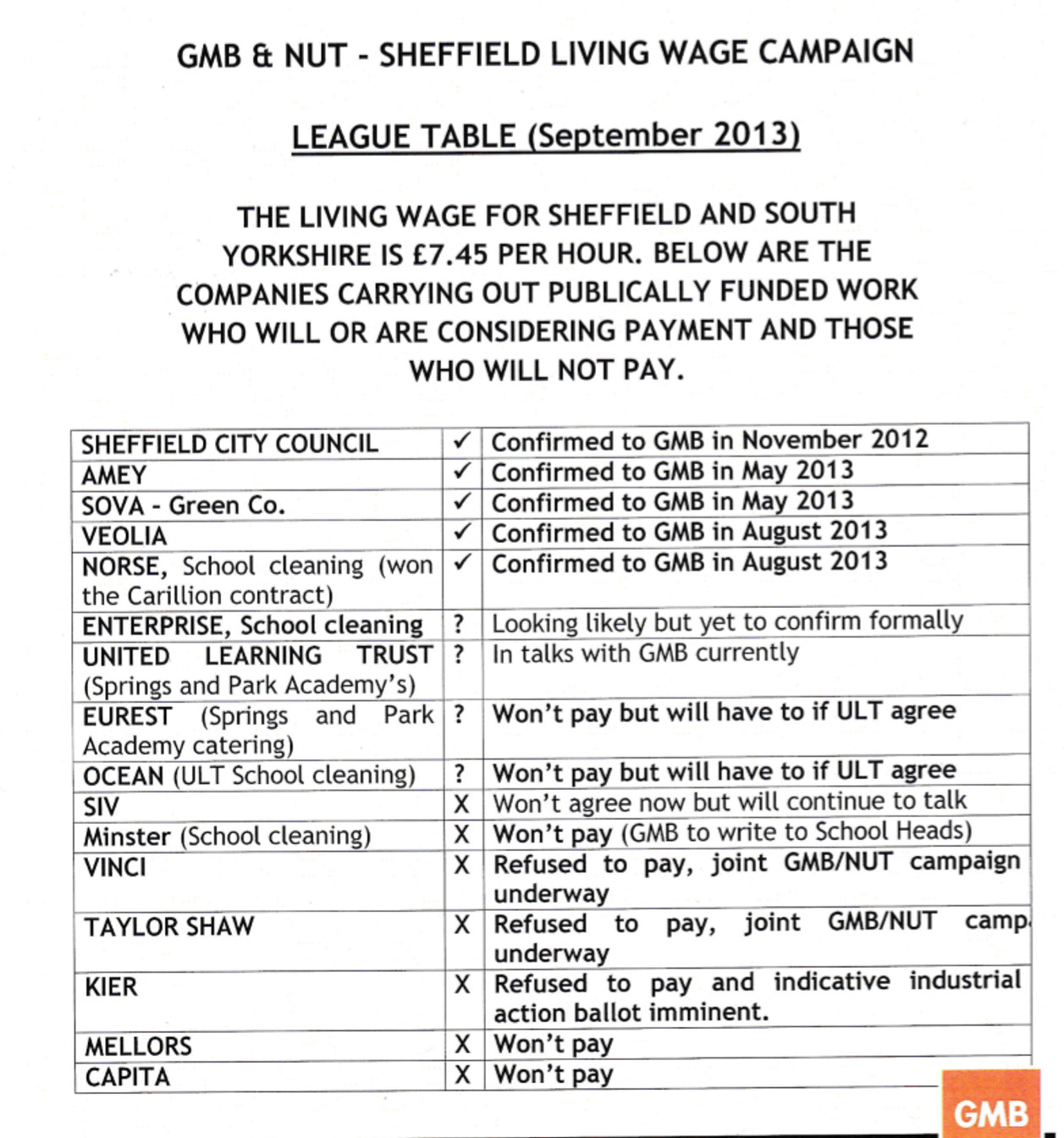 Many of these employers provide school cleaning or dinner services. If you have children at school why not find out if your children’s cooks and cleaners are paid a Living Wage?

The video of Pete’s talk is here.

You can download the GMB petition and leaflets here.

Fight for the Living Wage

Here is the video from Jason Leman’s talk at the same workshop.