A new vision for the City Centre 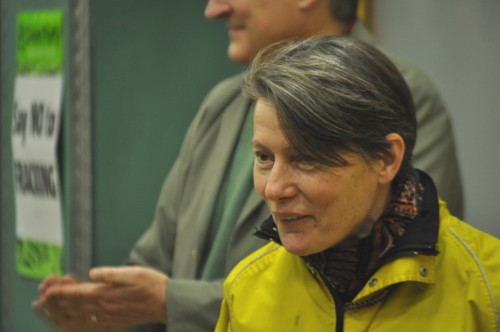 I hope that 2014 sees Sheffield adopt a new vision for its city centre. Regular readers will know that the developer Hammerson’s pulled out of creating a new retail quarter based on large chain stores. With the economic downturn and the switch to internet shopping, it was simply not viable. An alternative would be to focus on residential development coupled with support for more local and independent businesses and shops. This would help solve another long-running problem, namely the lack of housing, which has led the council to propose building on our precious green belt. 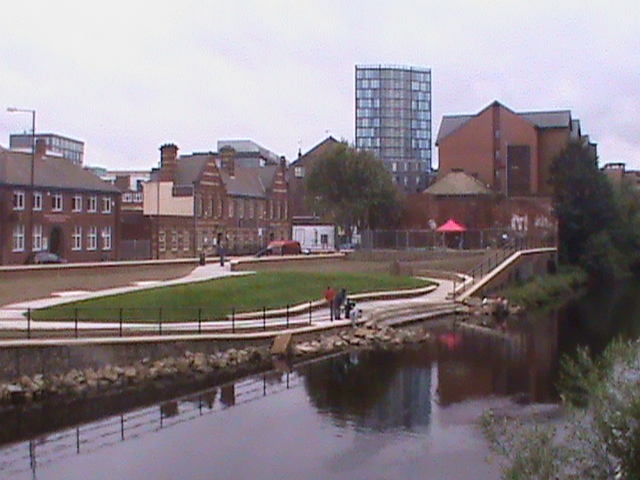 High quality and affordable apartments in the city centre could be an attractive option for retired people seeking to downsize from family homes in the outskirts of the city, as well as for those working in the city centre. It is already very convenient for many facilities and services – transport, hospitals, library, theatres, restaurants and bars, public spaces, shops etc. These would need to be enhanced, for instance with doctors and dentists surgeries and schools. There could be more pocket parks and trees, but also an emphasis on routes out to the excellent nearby parks, allotments and countryside. 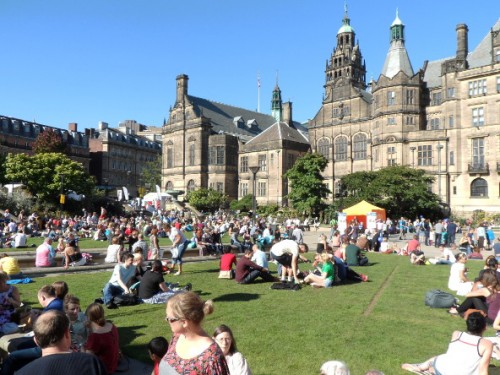 Summer in the Peace Gardens

Such a city centre would also be a more attractive destination for visitors from elsewhere in the city or further afield and could help to sustain a variety of shops and businesses, including independents. There would need to be much clearer policies to contain the “night-time economy” (9pm to 5am vertical drinking, which is currently the main growth area) and to encourage day-time and early evening activity. Air quality would need to improve, but a denser population in the centre would reduce the need to travel and hence improve congestion.

We need to make a bold shift away from the desire to turn our city centre over to “clone town” chain stores and to create a better balance between residential, business, recreation and shopping.

Top priorities for manypeople -including me taking voluntary early retirement in March-will be things to help them get jobs-in my case probably part time. The City Centre should have chain stores in-some of us do shop in them-I bought struff from TK MAXX and Peacocks only yesterday. But there should be a mix of independents and residential and parks.

1) Careful demolition of the old Castle Market and creation of a City Centre Park around the exposed remains-with a visitor centre and cafe.
2)Conversion of the Old Court Buildings and Gas Board Buildings to flats-and there are other empty buildings around-one on the upper floors on Carver Street-where the same could happen.
3)Work starting on the Train-Tram link to Rotherham
4)Completion of the work on the old TJ Hughes Building and Post Office Buildings
5)A use found for the old Co-op Castle House Building-iconic in it’s own way
6)Continuation of the improvements on the Moor-which it’s good to see is busier than it’s been for years. The new market is a hit. Looks like the remaining empty stalls will get let. The empty shops on the outside need letting to-and the new development where the gap is near Debenhams needs to happen.