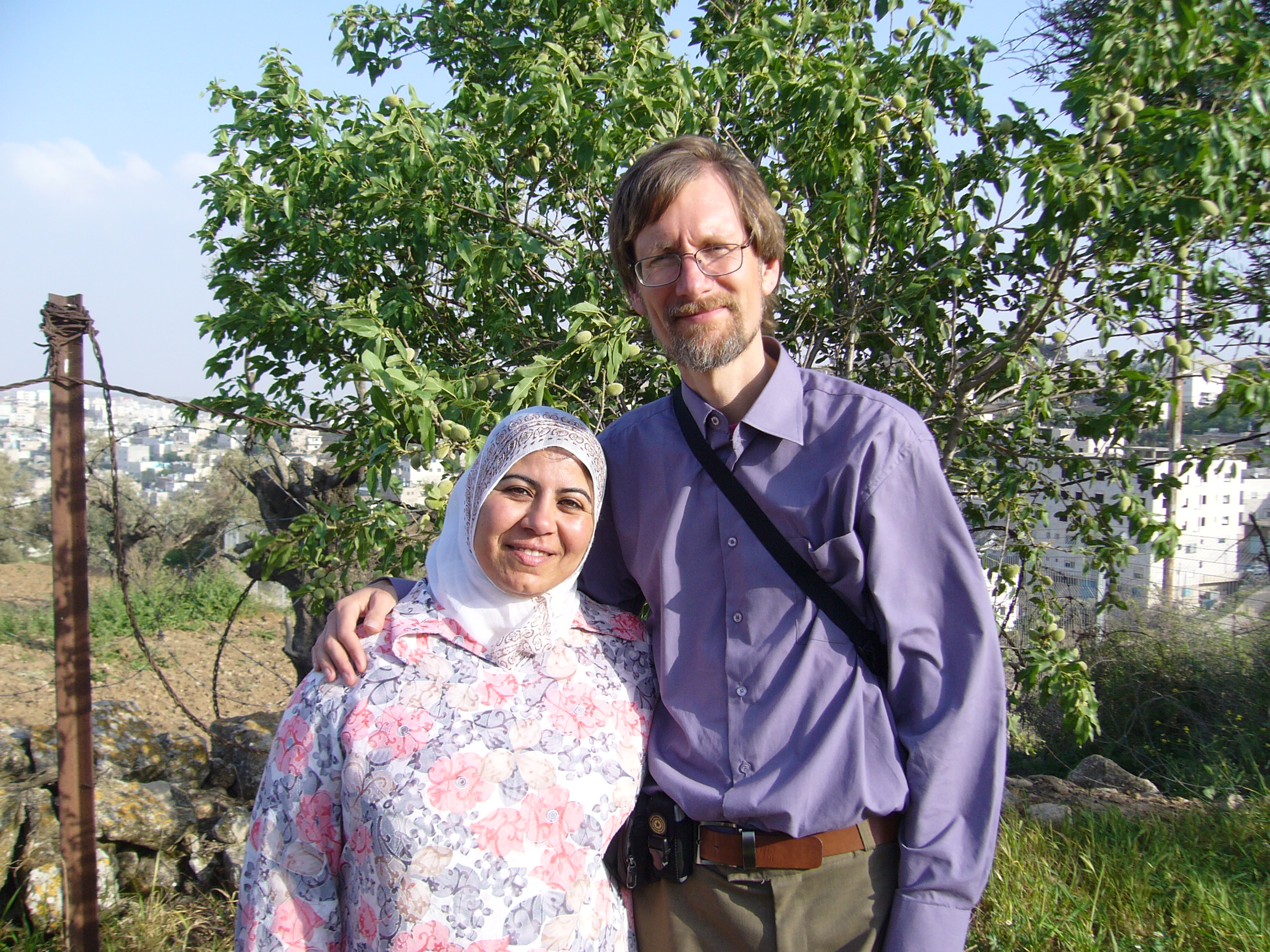 It has not been a Happy New Year for Burngreave resident Arwa Abu-Haikal Havard. On January 5th her family in Palestine called to say that Jewish settlers had invaded their land with bulldozers and caravans and taken possession of the almond orchard directly in front of their house. They were accompanied by Israeli police, soldiers and border police so there was nothing the family could do to protect their land.For many years Jewish settlers from Ramat Yashai settlement have carried out an aggressive campaign of trespass, criminal damage, theft, intimidation and harassment in order to take this piece of land and drive the Abu Haikals from their home. They have cut down half the almond trees on this piece of land and damaged the rest by starting fires. Now they have uprooted all the trees and begun an archaeological dig prior to commencing building. Unlike Palestinians who can almost never get building permission, they will be fast tracked to get planning permission.Arwa said: ”I was devastated when I heard what is happening to my family, our land and our trees. However, as my mother Feryal Abu Haikal said, “Our roots in the depths of the earth are strong enough to defy hurricanes.” My family are very grateful to members of Sheffield Green Party, Christ Church Pitsmoor and many other Sheffield people who are standing with us in these difficult times.”

Arwa Abu Haikal Havard is well known in Sheffield as a massage therapist and is a member of Sheffield Green Party which offered messages of support at a meeting on January 8th. See video here. It discussed how to put policy supporting human rights in Palestine and Israel into action. It also considered how it will support the Boycott, Divestment and Sanctions (BDS) campaign relating to Israel.

The attached picture shows Deacon Dave Havard and Arwa Abu-Haikal Havard under an olive tree on her family’s land where they first met.

– It is illegal under international law for Israel to transfer populations onto occupied territory or to transfer land ownership from Palestinian hands into Israeli hands.
– BDS is an international boycott, divestment and sanctions campaign supported by more than 170 Palestinian organisations. http://www.bdsmovement.net/– Background information :
The Abu Haikal family bought the land on which their houses stand in 1930. In 1949 they rented two smaller adjoining plots which are owned by the Islamic Waqf (a charitable foundation started by Tamim al Dari, a Companion of the Prophet Mohammed). They planted almond and cherry trees on the land which are now over 50 years old. In 1967 Israel captured the West Bank and took over the Office of Absentee Landlords which now administers the rented land. In 2001 the Israelis refused to accept rent from the Abu Haikal family and on 1 January 2014 they offered the land to Jewish settlers.Under international law it is illegal for Israel to move populations into occupied territory. The Israeli government has no legal right to terminate the Abu Haikal’s rental agreement, to destroy their trees or to offer the land to Jewish settlers. They have effectively captured another part of Palestine and incorporated it into Israel. The colony now being built will be a Jewish-only ghetto.It is already a nightmare for Palestinians living in Tel Rumeida where 4 Jewish settlements have been built in between the Palestinian houses in the centre of Hebron near the tomb of Abraham. The area is closed off and controlled by military check points. Palestinians are not allowed to drive in all the area and cannot even walk on certain roads next to the settlements. Now that a new settlement is being built this will increase the pressure on the neighbouring Palestinians. The Abu Aisha house is almost completely surrounded by Jewish-only settlements and an Israeli army barracks built on Abu Haikal land. The Abu Haikals are now surrounded on 3 sides.The long term plan of the settlers is to drive all Palestinians off the hill top and expand their settlements to cover the whole area. They have already driven out the al Bakri family and illegally occupied their house. Once they have established themselves on the almond orchard they will no doubt move onto the cherry orchard next. They will claim that the Abu Haikal house is now too close to their settlement and poses a “security threat” so they can apply to have the family evicted or the house demolished. All the other families in this neighbourhood have now suddenly become next door neighbours with Jewish settlers and can expect increased military security and restrictions on their movements to and from their homes

This is a rubbish article. I wouldn’t go so far as to call it journalism, as all somebody has done is use a random and irrelevant woman living in Sheffield to highlight their own beliefs that probably has nothing to do with them either.

To whoever wrote this article, you’re not doing yourself, or anyone who reads it, any favours. This is meant to be an unbiased, localised story, and it is neither.

Retrain your staff, this is appalling.

I am sorry you think our friend Arwa is a “random and irrelevant woman”. How would you like to be called “random and irrelevant”? Arwa is in fact an important link between the people of Sheffield and the people of Palestine and her family’s story deserves to be heard. Sheffield Green Party are proud to be campaigning for justice and peace in Palestine.