Find out the truth about fracking and make your voice heard 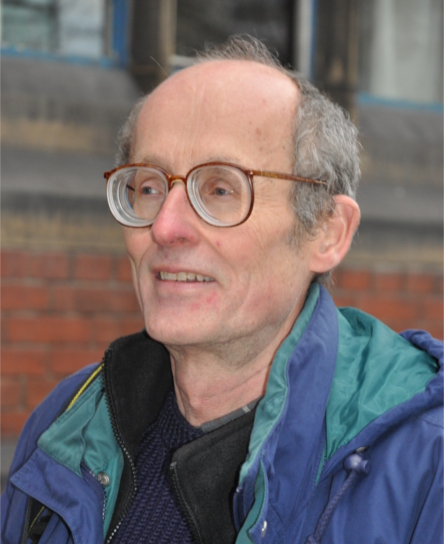 Sheffield Green Party spokesperson Jon Ashe comments : “This is a desperate attempt by the coalition government to bribe councils to approve fracking in local communities. We’re pleased that our motion to Sheffield council promoting green energy and against fracking was passed last September
with Labour support. We hope the Council won’t accept these government bribes in the future.”

“Evidence from overseas shows that fracking brings truck after truck every day to roads around sites in a water intensive process that can deplete and
contaminate precious water supplies. However much money is offered, the facts are clear – fracking won’t bring down energy prices, produce many jobs
or solve our energy crisis. Instead we need investment in clean renewable energy and energy efficiency schemes to confront climate change and reduce
people’s energy bills.”

“The immediate local threat is in South Yorkshire with licences issued for many areas surrounding Doncaster. Living close to a fracking site will not be a pleasant experience. People need to wake up to this quickly, find out the truth about fracking and make their voice heard.”

Green Councillors on Sheffield City Council won the full support of the Labour administration for their motion on fracking. The motion refers to the evidence about the dangers of fracking, which involves pumping water at high pressure into the ground to extract shale gas. It also points out that, in the UK, it won’t even lead to cheaper energy. The Green Party argues that it would be better to invest in energy saving and renewable energy which would help prevent dangerous climate change and create more jobs. Copies of the motion will be sent to local MPs and government ministers and help to swell the nationwide campaign against fracking.

Cllr Creasy said, “In practice, the council has little power to stop companies getting planning permission to drill in the Sheffield Region, but we can send a clear message that they are not welcome. And we can join the campaign calling on politicians at national level to oppose fracking.” ENDS

1. The Green motion is as follows:

Notice Of Motion Given By Councillor Robert Murphy

(a) notes the presence of shale gas and coal bed methane in the Sheffield region;
(b) notes the recent mass protests against shale gas drilling in both Lancashire and West Sussex;

2. The Labour amendment was as follows (insert after j):

“believes it is completely irresponsible for the Government to be offering massive tax-cuts for fracking and this money should instead have been used to kick-start a major national retrofit scheme, which would reduce carbon emissions and bills and create thousands of green-collar jobs;”

YOUNG PEOPLE NEED TO BE AWARE OF YOUR ORGANISATION

I will do the best I can to spread the word about this party. But you need to express your policies to young people. I am a young person and by simply talking to others about your party I have had 20 people agree with me already that they would vote for you. I sincerely hope you are the ‘Green’ Party you say you are and live up to what you achieve because your the closest party which generally cares about the people and environment instead of money and power.

Hello Rebecca
Thanks for your comments.The Young Greens are active at both Sheffield University and Sheffield Hallam and we would love to get Young Green groups set up in other local schools and colleges. Are you at school/college/uni? You are right, the best way to spread the word is to talk to friends about us. Do come along to a meeting sometime, we would love to meet you. You are right that our biggest concerns are people and the environment. Unfortunately we do need money to help win elections and we need power to stop the destruction of the planet and the exploitation of the poor!

as a committed Green Party member it was great to read your comment. We do care, very strongly, about people and about the environment. We’d very much like to see you, and as many of your friends as possible, at a meeting and perhaps helping in our campaigns. We meet at St Mary’s, just by Bramall Lane football ground, on the second Wednesday of the month at 7.30pm.
Hope you can come along.

Large Scale Fracking would be a large scale mistake. A pity the government won’t put the same push into renewables. I heard on the news that Spain now generates 20% of power from wind. If Germany and the Scandinavian countries can crack on with wind power, hydro electric, solar power and so on why not us. And locally what happened to the scheme being talked about to use our fast flowing rivers and streams in Sheffield to generate electricity?

Hi Simon
Of course we agree with you on fracking. The Sheffield Renewables project at Jordan Dam unfortunately ran into significant problems- you can read about them here.http://www.sheffieldrenewables.org.uk/projects/jordan-dam-hydro/
However they are now involved in an exciting solar power project.

Hello Simon
We, too, think the decision to go with fracking is perverse, and may be more related to ideology and possibly even cronyism. It fails to achieve any of the aims a sensible energy policy would seek to achieve; energy security (when it runs out, what then?); reduction in household bills (we need a huge insulation drive, and investment in technologies that reap the free wind, sunshine and wave/tidal energy so recklessly wasted); jobs (they claim 76,000; if we adopted the policy of insulation and renewables as outlined above, the estimated number of jobs is in the hundreds of thousands); and above all, climate change (whilst it’s true that burning fracked gas gives about half the CO2 of coal, the emissions from all the lorry journeys and the fugitive methane more than replace the reduction).

The disruption to host communities – which the sweetener, little more than pretty beads to the innocent natives, is meant to offset – is huge. And the risk to our water supplies, whether through extremely heavy use, or through contamination from noxious chemicals – some cancer-inducing, some radio-active – leaves me gobsmacked that anyone can even begin to consider this policy as a goer. The increasing evidence coming out of the USA is that land around fracking sites can become unusable because of these chemicals.

The REALLY annoying thing, though, is that the media don’t cover any of this. The information is out there for them to read and report on, and activists can and do read it, but news outlets fail to bring it to the attention of the wider public. The same is true of the NHS privatisation, the lobbying bill, the TTIP, etc, all of which seriously diminish the man-and-woman in the street’s democratic rights.

So it’s great you’re aware of this; we hope you can pass on your concerns to your family and friends, and make sure they too recognise the folly of fracking.

Interesting article in the Yorkshire Post. The comments at the bottom are worth a read too.
http://www.yorkshirepost.co.uk/news/main-topics/general-news/big-debate-cameron-urged-to-give-safety-pledge-on-fracking-1-6396025