An incredibly full week and I could write an extended essay about almost every event.

Sunday – drove back from Oxford, via Banbury for lunch with a friend who is visiting from Australia – her eldest sister is gravely ill in hospital. Good to see the friend, but hard circumstances.

Monday –  In the morning – Licensing Committee: another collection of taxi license applications and reviews to consider. People have such hard lives and taxi driving is a flexible, self-employed, job. But, as the chair repeats all too often, the committee is not there to provide employment but to make sure Sheffield taxi drivers are “fit and proper people”. Obviously we get to see the ones who have been in trouble, but I would love to know how the overall level of offending – from minor traffic offenses to serious criminal records – is higher in this group than men (they are virtually all men) of similar age and background doing other jobs (or none). 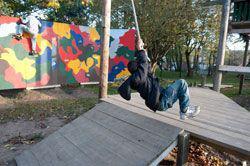 Over lunch, met the Chair of Highfield Adventures, the group which campaigned to keep the adventure playground open and are now running it with only basic financial support from Activity Sheffield. They have just started directly employing their own staff and Sharrow Community Forum is managing the building. Wow, what an amazing journey in just one year from the 2013 budget. In the afternoon, between phone calls and emails, I tried to get my blackberry working again, but the helpdesk advised I have to take it to Derwent House for repairs. No mobile phone or on-the-hoof emails for a couple of days. Life gets just that bit more complicated …

Tuesday – a student who wanted to meet me stood me up; later I found his email asking to rearrange … oh well, it got me into the Town Hall in good time;  next meeting was with Cllr Maroof , the Labour Central ward councillor, about  working with a couple of groups we have allocated ward money to. Soon we were joined by Cllr Rob and Dr Chris Neild, the public health consultant and senior officer allocated to our Local Area Partnership cluster (the former Central Community Assembly). She told us about an initiative to reduce attendance at emergency services (here comes that essay … no, I’ll leave it); and we talked about activities we are supporting in the ward and progressing the idea of a “jobs/volunteers fair” and an awards ceremony. In the evening, SCCRAG meeting (Sheffield City Centre Residents Group). The chair gave us the presentation he and committee members had made to the leader of the council and reported back about her response. A lively discussion  ensued!

Wednesday – big event of the day (and it was big, I would say two hundred members of the public) – the “budget conversation”. This was postponed from the week before Christmas (clearly the timing of the conversation is not absolutely critical to the administration’s deliberations). It was interesting to see how the scale of the cuts were explained and presented but there was not detail about the actual plans. The proposals won’t be published until a week before the budget cabinet, which is two weeks before the Full Council meeting where  the final vote takes place. When the Lib Dems were in power, they did at least publish their plans with enough time for opposition groups and the public to comment. And in some authorities, all parties are involved in the broad budget-setting process.  Should just be glad it wasn’t called a “consultation”. There were some interesting ideas at the workshop I went to on “health and wellbeing” (for which, read “adult social care” – that is takes the lion’s share).  After which, the Green Party had a Campaigns Group meeting, which, at this time of year is devoted to our budget amendment.

Thursday – took the morning off to collect manure from the Animal Sanctuary in the Mayfield valley. Had a shower before going to the Academy of Urbanism’s feedback on the discussions about plans for the New Retail Quarter. The main learning for me is that senior council officers are actually well on with their own plans which must include 600,000 square foot of retail and attract inward investment from a major developer. So why were we all there having blue sky thoughts? 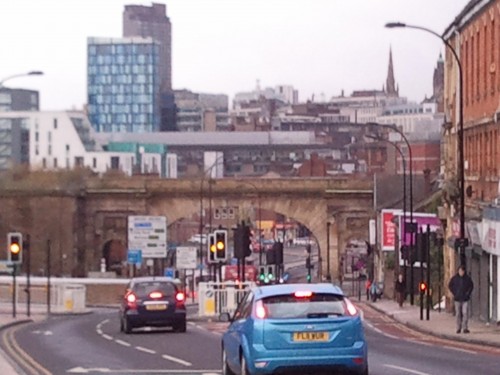 Friday – briefing at Sorby House about the implementation of the illegalisation of Khat. It will affect Somali and Yemeni communities in Sheffield. Very interesting comments from a housing officer (this is prohibition and will lead to criminality, not stop it), a Yemeni man  (this is a normal part of our lives) and a young Somali woman (the women and children really suffer when the men-folk abuse it).  And good plans and responses from the police. I was impressed.

Saturday – councillor surgery at Highfield Library. One visitor, talking about problems from Houses in Mutiple Occupation on her street.