Save our Shops, Save our Pubs 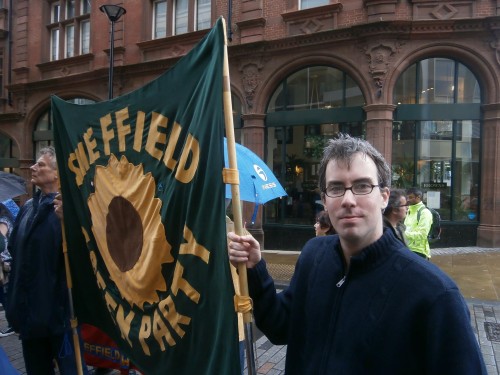 I support The Campaign for Real Ale’s Save our Pubs appeal (Traditional Sheffield pubs are being lost forever – turned into supermarkets thanks to a loophole in planning regulations, The Star February 7). It also needs to be “Save our local shops”, because the two are linked. In January Sainsbury’s opened at the former Hadfield pub at Crookesmoor, next door to the family-run Deen’s Convenience Store. Deen’s now face a battle for survival, as do many other small traders when a supermarket “local” opens near them. New supermarkets cause a net loss of jobs as they drive small retailers from the high street. And 50 per cent of independent retailers’ turnover goes back into the local economy, compared to just 5 per cent from supermarkets. That’s why Greens are supporting the Local Works campaign, supported by the Federation of Small Businesses, for a local levy on large retail outlets to offset damage to the local economy. The money raised could support small businesses. Without protection, our fragile shopping parades could disappear over the next decade – along with many pubs.Brian WebsterBroomhill Green Party

There is One Response to Save our Shops, Save our Pubs